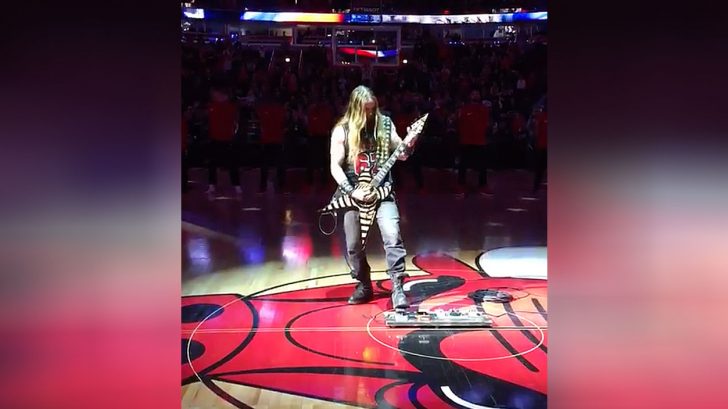 It’s certainly no secret that legendary rocker Zakk Wylde is without a doubt one of the greatest guitarists in all of hard and heavy metal. Ever since taking on the seemingly impossible task of filling Randy Rhoads’ shoes as Ozzy Osbourne’s guitarist, Zakk has asserted himself as one of the all time greats in the world of rock guitar. Even to this day, Zakk is constantly refining his sound and striving to get better, despite already being amazing. Every time he is heard playing, each performance is better than the last. He is that good.

One of the many things he is known for musically is his iconic rendition of the National Anthem. It was just recently at a Chicago Bulls game that Zakk performed his wicked awesome version of the aforementioned song. Watch as Zakk simultaneously honors his country and leaves this audience speechless with his amazing playing!

BIG BL THANK YOU to the Chicago Bulls for inviting Zakk Wylde to play our nation anthem at their game.