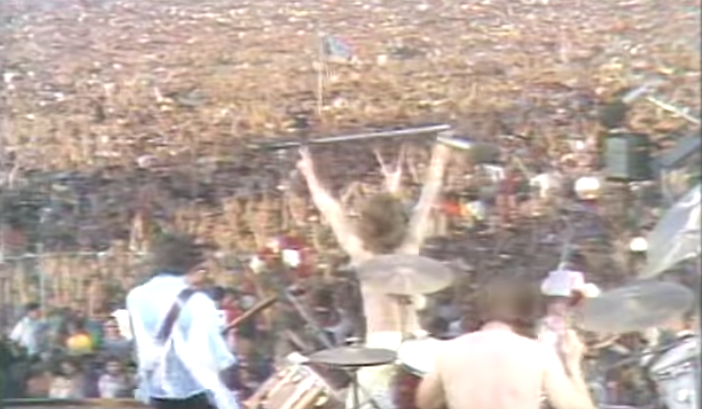 Children of The Grave

Black Sabbath performed one of their best shows ever at the April 6, 1974 California Jam. Their set list consisted of 13 tracks over a couple records and 2 encore tracks, one of which was a super-charged “Children of The Grave,” off the same titled album released in 1971.

The rock music festival was headlined by Deep Purple, Emerson Lake & Palmer at the Ontario Speedway in Ontario, California. The Eagles, Seals and Crofts, Earth Wind & Fire, Rare Earth, and Black Oak Arkansas were also in the line-up. There was an estimated 400,000 fans in attendance- counting the hundreds of people that jumped a fence to be there. California Jam was the last real rock festival with, what is now considered a real classic rock line-up… and perfect execution.

That’s what Ozzy Osbourne exclaimed before he tore his shirt off and powered into “Children of The Grave,” with Black Sabbath. The British band was part of the lucky bands that got to test out what at the time was “the largest (most powerful) concert sound system ever assembled.” And when Black Sabbath tested the limits of the sound system for their encore, the 400,000 fans overpowered their sound– you can hear pulsating waves of fans yelling in a chant. It’s gloriously beautiful.

You could hear the heavy metal impact through 16 feet of bass horns from Phoenix Sound and 54,000 watts of power blaring through RMS BFA-2000 amplifiers, manufactured by Tycobrahe. This was an absolutely insane festival. California Jam is cemented in rock history as one of the most literally powerful and loudest music festivals of all time. Black Sabbath couldn’t have done a better job of testing how loud those amps could get.