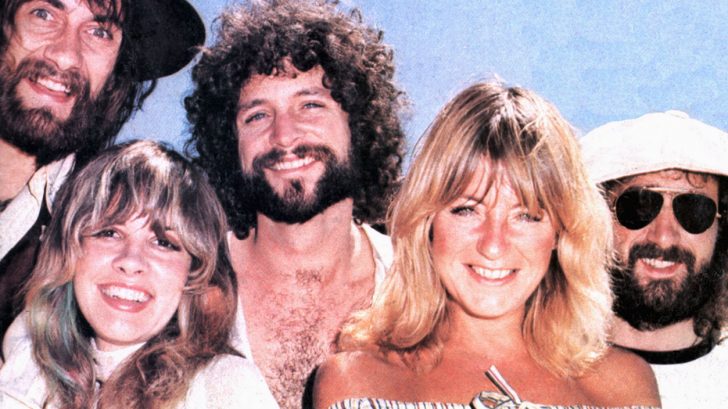 Saved By The Skin Of Its Teeth!

With over 40 million albums sold worldwide, Fleetwood Mac’s Rumours remains one of the best selling albums – ever. As of now, it’s officially gone 11x platinum in the UK and 20x platinum in the United States, making Fleetwood Mac’s 11th album an absolute musical megabeast on the charts. Even better, the album’s second single, “Dreams,” proved to be a global monster in its own right, rocketing to the top of the charts in two countries and selling over a million copies.

It all goes back to the early days of Rumours.

On a day that she wasn’t required in the main studio with the rest of the band, Stevie Nicks took her keyboard and wandered into another studio – one said to belong to Sly Stone – and fiddled around until she found a drum pattern she liked. In 10 minutes Stevie had “Dreams” more or less written, a piece that right off the bat sounded nothing like her previous contributions to Fleetwood Mac.

“I sat down on the bed with my keyboard in front of me,” Nicks told Blender. “I found a drum pattern, switched my little cassette player on and wrote ‘Dreams’ in about 10 minutes. Right away I liked the fact that I was doing something with a dance beat, because that made it a little unusual for me.”

The demo was done, but the rest of Fleetwood Mac would prove to be a tough sell for Nicks and the song she was attached to.

“They weren’t nuts about it,” says Nicks, who begged her bandmates to record it. Christine McVie especially wasn’t a fan of “Dreams,” calling the song “boring” and “just three chords and one note in the left hand” when Stevie played it on piano.

But her persistence paid off; the next day Fleetwood Mac recorded “Dreams,” keeping only the drum track and Stevie’s vocals. The guitar and bass were added later in Los Angeles, but it wasn’t until Lindsey Buckingham stepped in and did something rather unique that “Dreams” really began to take shape, earning high praise from tough customer McVie.

“[He] fashioned three sections out of identical chords, making each section sound completely different,” says McVie, “He created the impression that there’s a thread running through the whole thing.”

“Dreams” was released as the second single from Rumours in early 1977 and catapulted Fleetwood Mac to the top of the charts, proving to be every bit the global monster as the album that birthed it. June 18th, 1977 marked the band’s first – and only – #1 Billboard Hot 100 hit as “Dreams” continued its quest for world domination, staying at the top of the charts for a solid week before it was Canada’s turn to share the moment when reached number one on the RPM Top 100 Singles.

Not bad for a song that only Stevie believed in early on!