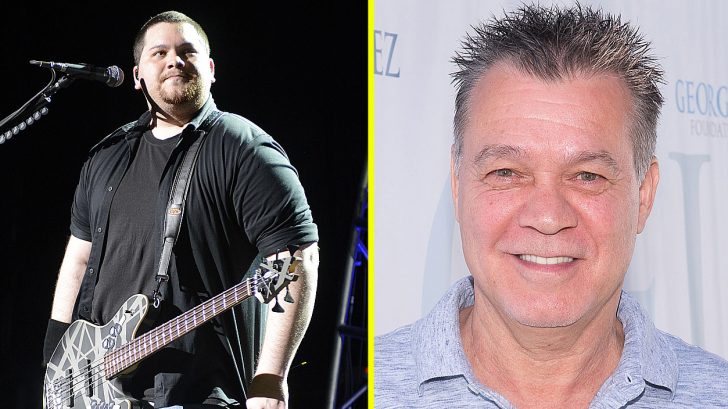 There have hardly been any moments in rock & roll that were cooler than seeing Wolfgang Van Halen join his father Eddie and uncle Alex on stage for the first time as Van Halen’s new bassist. Since then, we’ve not only seen Wolfgang do a damn fine job of filling Michael Anthony’s shoes, but we’ve seen him grow into a musical powerhouse on the bass, guitar, AND drums. And now, he’s about to use those amazing gifts in a big way!

Since 2015, Wolfgang has been working on a solo album where he alone plays all the instruments and sings. And now, that album is finally complete.

Here's another sneak peek of the music I'm working on, and how to play it. #betchacantplaythis

A sneak peek to start your week ✌️

The album is being produced by Michael “Elvis” Baskette and he had this to say about the album via Twitter.

“There are no words to describe the sense of excitement and accomplishment of finishing the last mix on this amazing record I just produced for the mega talented @wolfvanhalen. It’s so awesome and I’m super proud of it on all levels. It’s been a long time coming but it will be very worth the wait! Proud of you… love ya @wolfvanhalen #grateful.”

I don’t know about you, but after just hearing the small teases of Wolfgang’s music, I couldn’t be more excited for what’s to come, and you should be to!