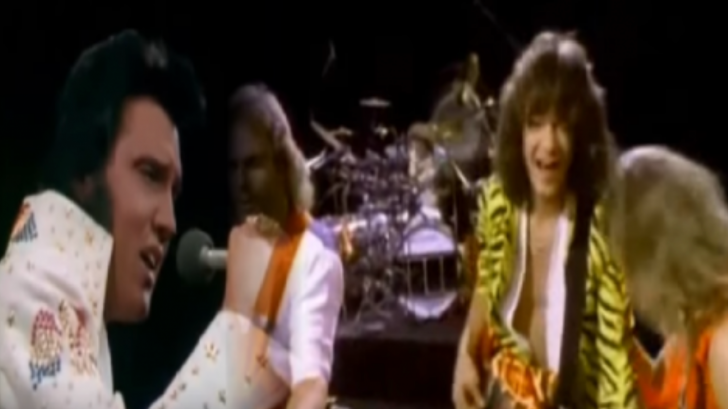 Not What You’d Expect

I’ll say it so you don’t have to – the verse section is mind-blowing and amazing but the chorus, not so. It still mashes up really well though! And it gives you that old school vibe that makes you feel like taking a trip down memory lane. I would have loved to see Elvis Presley and Van Halen in one stage and I guess I’m not the only one. It’s probably a match made in rock ‘n roll heaven!

It’s really interesting how some songs sound much differently when played separate, but when combined with another on the same key, and also similar chord progression, actually mix quite well. We’ve seen a lot of mashups that go perfectly together. They could’ve even been big hits themselves. This tends to happen a lot in pop music especially.

Fun Fact: Eddie Van Halen paid tribute to Elvis Presley when he took part in the photo book “Shades Of Elvis.” Other musicians who joined him include Steven Tyler, Elton John, Robert Plant and Willie Nelson.

You have to admit that the tempo of the vocals is impressive. He did a pretty awesome job considering it’s not easy mashing up two songs like these let alone achieve an almost-flawless result. Yes, he did justice to these tracks!