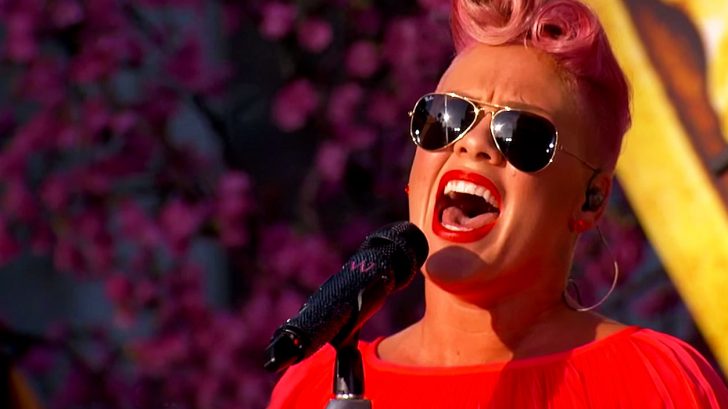 But What Does Grace Slick Think?

Shortly after P!nk’s performance of “White Rabbit,” Grace Slick spoke with the Wall Street Journal where she praised P!nk’s ‘straight attack’ on “White Rabbit,” saying that the “coiled energy” her voice creates a level of drama that catches the ear.

“It’s good. Pink has the vocal power, which is all I care about,” Slick told the Wall Street Journal.

“Over the years, I’ve heard a lot of versions of the song where singers don’t have the attitude or vocal force you need on it. Pink knows how to sing.”

Guys, we knew P!nk could sing; we knew she’s always loved the big voices of the 60s and 70s, and we still can’t get over her gorgeous take on Janis Joplin’s “Me And Bobby McGee” – but nothing could have prepared us for how fantastic she was on this classic!

Fun Fact: Grace Slick’s voice is so big that it’s actually uncomfortable for her to sing at anything other than full voice.

Much like the original, P!nk’s vocal performance is a slow build, rising in intensity for nearly two minutes before hitting the final note that made Grace Slick an absolute force to be reckoned with a lifetime ago, taking classic rock fans back to an era we thought was lost to time while introducing a new generation to a musical era where singers actually sang, autotune wasn’t an option, and talent reigned supreme.

P!nk knocked this cover of “White Rabbit” out of the park, and we all know how difficult Grace Slick’s vocals are to nail for even the most seasoned of singers! Be sure to check it out in the footage below – this is one you don’t want to miss!