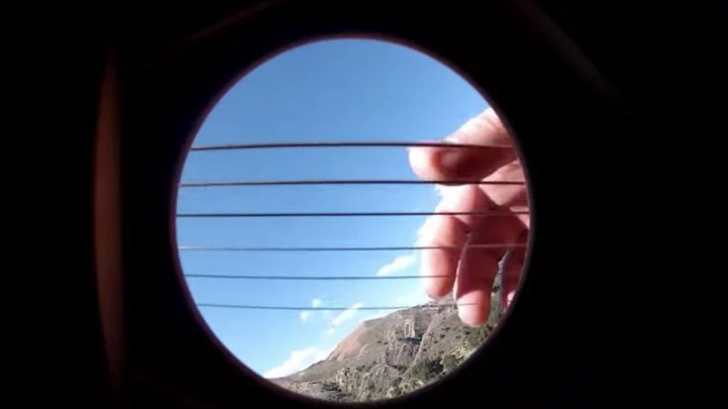 Pink Floyd’s iconic hit “Comfortably Numb” is a timeless rock song that has essentially reshaped and reimagined rock guitar improvisations, as we know it. Honestly, since the song’s release, there are only a few of songs that come close.

It is a song that has broken barriers and ultimately set an unspoken standard for all rock guitarists. David Gilmour set the bar VERY high when he first performed this song, but can you imagine this song being performed on an acoustic guitar? Well, you don’t have to imagine anymore!

What you’re about to watch is a gentleman by the name of Thomas Leeb literally put a camera inside of his guitar a perform “Comfortably Numb” in its entirety. He actually manages to not only nail the guitar aspect, but also the percussive aspects of the song on his guitar all in the same take. Don’t believe me? See for yourself!