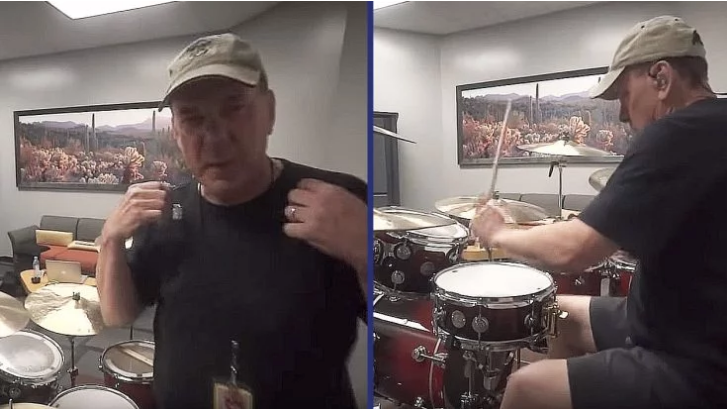 It truly goes without saying that the legendary Neil Peart was, is, and always be regarded as one of the most iconic and influential drummers of all time. His technique and style are often imitated, yet never duplicated. He is one of the best, pure and simple.

Now picture this, you’re backstage at a Rush concert and you see Neil Peart warming up on his drum set. Now picture him allowing you to film him warming up. You, my friend, just scored! Backstage at the R40 tour, someone was lucky enough to be able to film Neil Peart doing just that.

Being able to witness Neil Peart do what he does best up close and personal is the dream of almost every true rock fan. Neil Peart is one of THE greatest drummers in history and even backstage just warming up, he proves he is all that and a bag of chips! See for yourself!