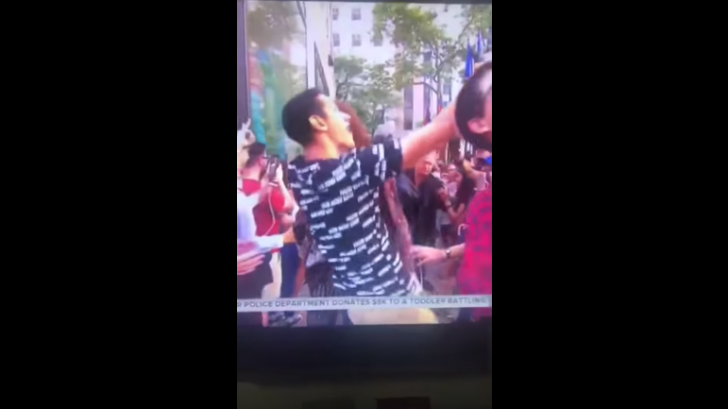 How To Not Take A Selfie With A Rockstar

Steven Tyler is one of the coolest rockers of all time. He’s always willing to go the extra mile just to make his fans happy – like the time he sang “Happy Birthday” to a little girl on the plane or when he called a loyal fan to come up on stage with him. So… if he pushed someone away, you know that person somehow pushed his buttons.

To be fair, this guy didn’t just want to take a selfie. He was being rude and a total creep at that. And we’re glad Steven put him in his rightful place. You don’t chokehold your idol out of nowhere just to get a picture. That kind of aggression is totally uncalled for.

Even good guys have limits and obviously, Steven isn’t one who would tolerate asshats. Never be like this selfie guy. Besides, we bet he would have gotten a better photo if he only asked nicely.