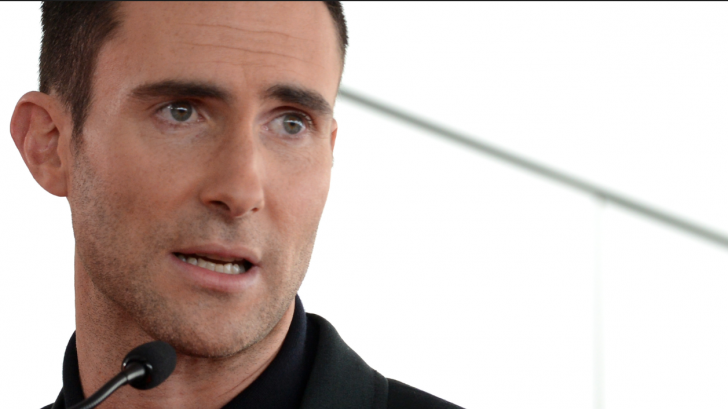 The Voice judge Adam Levine came under fire over the weekend after comments he made about the current state of rock music caught the attention of Slipknot frontman Corey Taylor.

Levine, 39, remarked to Variety last week that “rock music is nowhere, really” when talking about his own band Maroon 5’s musical influences, and said that hip-hop is “better than everything else” while crediting the genre with leading the charge in terms of innovation and creativity.

“Something unique to this band is that we have always looked to hip-hop, R&B, all rhythmic forms of music, from back when we were writing our first album to now. Rock music is nowhere, really. I don’t know where it is.

If it’s around, no one’s invited me to the party. All of the innovation and the incredible things happening in music are in hip-hop. It’s better than everything else. Hip-hop is weird and avant-garde and flawed and real, and that’s why people love it.”

Naturally, Levine’s comments didn’t sit well with the rock community. Slipknot frontman Corey Taylor caught wind of his comments after a fan brought them to his attention and took to social media, where he blasted Levine by calling him a “schmuck” and told him to go back to The Voice.

Just because you claim to have ‘Moves Like Jagger’ doesn’t mean you come anywhere CLOSE to ROCKING like Jagger. Tell that schmuck to go back to The fucking ‘Voice’ ?? https://t.co/tFm0VHvV82

“Just because you claim to have ‘Moves Like Jagger’ doesn’t mean you come anywhere CLOSE to ROCKING like Jagger,” spat Taylor. “Tell that schmuck to go back to The f——- ‘Voice’.”

There’s no denying that rock music is experiencing a bit of an identity crisis these days. Sure, bands like Imagine Dragons and Muse are selling out arenas across the world and dominating the airwaves, but even their own brand of rock is colored with hip-hop and electronic influences – a far cry from the hard rocking instrumental vision rock’s founding fathers laid out for us.

Congrats to the rock music party on not inviting Adam Levine. https://t.co/KeoL5TYuwt

However, to dismiss rock music as “nowhere, really” is a tremendous slap in the face to bands that are slugging it out and doing their best to keep the spirit of rock and roll alive, and even more so to the old timers that are still able to sell out an arena tour and rock harder today than they did 25 years ago.

Bands like Rival Sons, Graveyard, and Goodbye June are leading the charge when it comes to dishing out good old fashioned, honest rock and roll; stuff that’s meant to feel like a church revival, that “get up and clap your hands and feel good down in your soul” kinda rock and roll music. Even bands like Slipknot are out there, pushing themselves to make every album, every concert experience more insane than the one before it.

As long as fans are still buying the music, going to the shows and holding onto what makes it so special, rock music will never be “nowhere, really.”