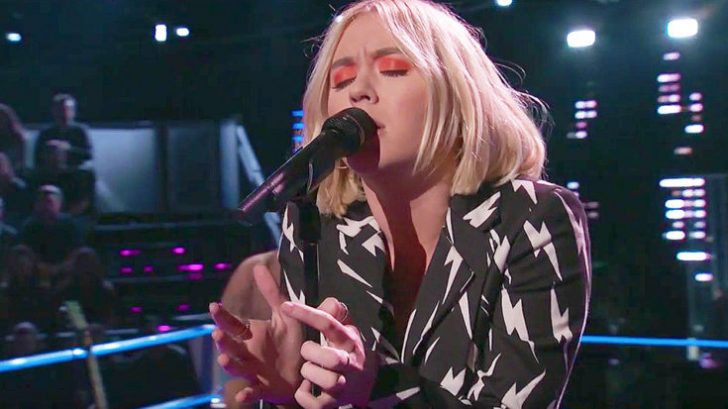 That might be the best performance of the season!

The new season of NBC’s The Voice is quickly heating up this year. The season is still young, and we’ve already seen some performances we won’t be forgetting any time soon, and feel that this will be one of the closest season’s ever in terms of picking a winner.

still trying to learn how to write songs on this thing!!! we have a love/hate relationship rn… this guitar hates me and hurts my fingers lol ?

One of the popular favorites this season, is Chloe Kohanski, who has turned in some fantastic performances throughout the season. But last night, she turned in one of the best performances of the season! Chloe performed Stevie Nicks’ “Landslide,” and it’s a must-watch for any classic rock guru! Chloe’s voice is insane, and she actually changes it up a little bit to keep it original. But at the same time, she stays true to the original! Stevie would definitely be happy about this perfromance and we hope she sees it at some point!

Check out the awesome cover down below, and let us know what you think!