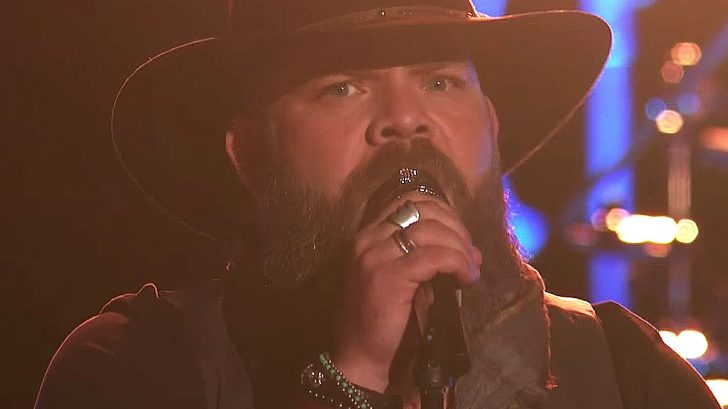 Last night’s episode of The Voice was one of the hottest in recent memory, one that saw a beloved favorite go home and judges Adam Levine and Miley Cyrus leading their respective teams through high octane group performances. Where Team Miley went the country route with Shania Twain’s chart topping “Man! I Feel Like A Woman,” Team Adam went the rock route, choosing “Go Your Own Way” from Fleetwood Mac’s record breaking album Rumours. With help from Voice contestants Adam Cunningham and Addison Agen, Team Adam is on a roll – Levine taking the lead on guitar while Agen and Cunningham take turns trading licks, until suddenly, things appear to fall apart.

At the second verse of “Go Your Own Way,” Adam Levine accidentally reverses the lyrics “Packing up/Shacking up is all you want to do” throwing off Adam Cunningham and causing the 38-year-old singer-songwriter to flub the timing. For a few moments there’s an awkward pause as Cunningham gives himself a chance to jump back into the rhythm but once he’s back, boy is he BACK!

The rest of Team Adam’s “Go Your Own Way” performance goes off without a hitch, even featuring some sweet guitar work from Levine as a nod to Fleetwood Mac’s Lindsey Buckingham and making for a moment that Fleetwood Mac fans everywhere are sure to appreciate. Check it out in the video below!