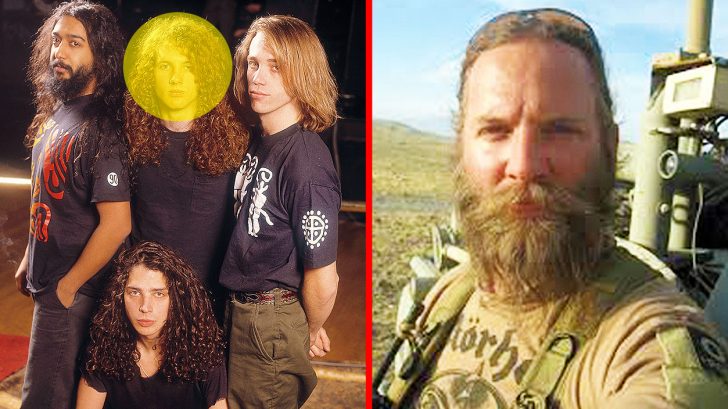 What An Amazing Story!

Many people dream of living the rock and roll lifestyle. The parties, the rush you get when you’re on stage and having thousands of people singing your lyrics in unison. It all seems so glamorous and carefree, but sometimes, much like any other glamorous career, people enter the lifestyle and decide it’s just not for them, or they want to go in a different direction.

This was the case for Jason Everman whose life story is one of the most amazing and inspiring you’ll ever hear. Jason was born in Alaska, and grew up with his parents in a small cabin with a pet ocelot. He discovered punk rock at a young age, which inspired him to pursue music. Playing music for a living quickly became his dream, and in February of 1989 he joined a Seattle-based band called Nirvana. However, his stint with Nirvana was brief, the only thing he did with the band was tour with Bleach, and have a part in their ‘Live At Boston’ recording.

In July of the same year, Jason left Nirvana and joined another band called Soundgarden. Jason appeared on the band’s cover of “Come Together” and on the band’s ‘Louder Than Live’ home video. But early 1990, he left Soundgarden and fell into some smaller bands before he ultimately lost the same love he had for playing music.

In 1994, he quit playing music and joined the military after a friend who served as a US Navy SEAL inspired him by saying it was the most “fulfilling work he had ever done”. Jason enlisted when he was 27 years old and went on to serve 12 years in the Special Forces where he joined the 2nd Ranger Battalion. It was there he earned the highly regarded Green Beret with the 3rd Special Forces Group. He did multiple combat tours in Iraq and Afghanistan and eventually reached the rank of Sergeant First Class. In 2006, his military career came to an end after he was honorably discharged.

After the military he went back to school and earned a Bachelor’s Degree from Colombia University in 2013. Nowadays, he still serves as an overseas military consultant. If that doesn’t inspire you, I don’t know what will!