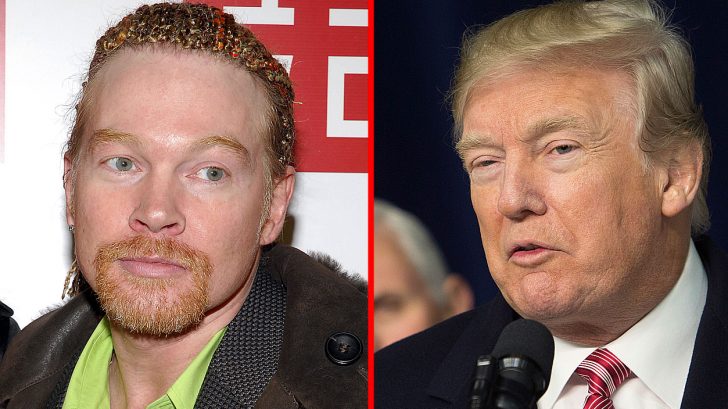 As you may already know, Axl Rose is as outspoken as they come. The man became infamous for his onstage rants during his time with Guns N’ Roses back in the day, and as you can imagine, while that got him a lot of popularity amongst his fans, it also got him a lot of flack amongst his critics.

Now, thanks to the power of social media, Axl has the power to make his thoughts heard on a more rapid and far-reaching platform than ever before. Surprisingly though, he doesn’t use social media all that often, but when he does, he gets as bold as ever!

Just recently, Axl tweeted his first set of tweets for the first time in two months, this time harshly criticizing the powers that be at the White House! Here is what he had to say…

Along with several other condescending adjectives the current WH has no room to call virtually anyone disgraceful.

The WH is the current US gold standard of what can be considered disgraceful.

As you can very well imagine, this is going to ruffle a lot of feathers, but then again, that IS what Axl does!