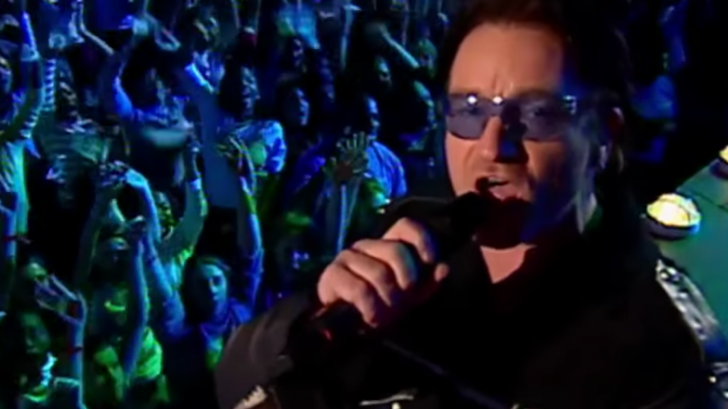 Probably one of the most moving, powerful, and unforgettable Super Bowl halftime shows ever was just months after the most horrific terrorist attack in U.S. history. Back in 2002, U2 performed “Beautiful Day” at the Super Bowl XXXVI Halftime Show in the sold out Louisiana Superdome in New Orleans, Louisiana, where over 70,000+ attendees were mesmerized and brought together by this.

In one of the most heart-felt moments during the show, there was a massive screen erected with all the names of the innocent victims

In the video Chris Martin comments:

“Sometimes the power of music can say something that you can’t really express with words, somehow. So just that image with all those names scrolling up when “Where The Streets Have No Name” playing at the same time was like kind of cathartic, sort of gentle and graceful and honoring this thing that confused a lot of the world.”

What a tribute by U2 and how much heart and energy they put in this performance, honoring those who lost their lives.