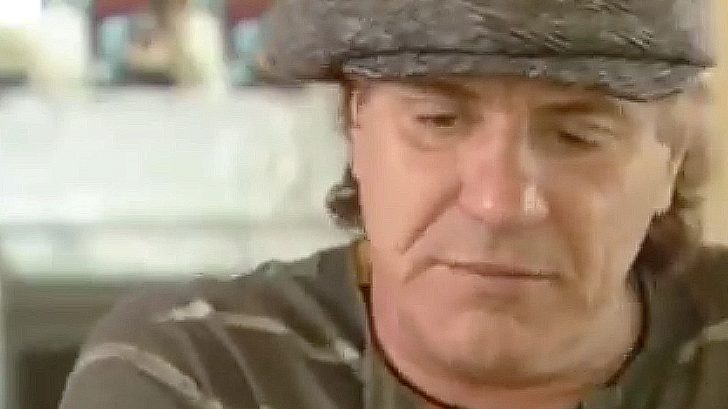 It’s been two years since former AC/DC frontman Brian Johnson left the band, his 36 year run brought to a shocking end after doctors told him to quit or risk going deaf. What was already a bitter pill to swallow for Johnson and AC/DC fans who wanted nothing more than to see the 70-year-old rocker in the place of his replacement, Guns N’ Roses singer Axl Rose, became a sort of scandal in the rock world as sides were taken; some blamed AC/DC for deciding to move on without Brian, others understood the band’s need to keep their Rock Or Bust tour rolling to avoid financial ruin.

With just a month to go until the second anniversary of his exit from AC/DC Brian Johnson has finally opened up about what led up to that fateful day, setting the record straight once and for all in an interview with The Sunday Times:

“On stage it was getting harder and harder to hear the guitars, even hear the keys, and I was basically going on muscle memory,” Johnson admits.

Not the easiest thing in the world for a guy who’d spent three decades giving everything he had to the stage and whose performances hinged on his interaction with his bandmates. As he’s “not a guy that likes to cheat,” Johnson opted to quit when presented with the difficult decision between that and risking his hearing – but nearly two years on, he’s made his peace with it.

“I’m not the kind of guy who likes to cheat. The way I look at it, I had a great run,” he says simply. While his time with AC/DC is in the rearview mirror of his expensive car collection, Brian Johnson isn’t out of the game – not by a long shot. He’s worked with comedian and friend Jim Breuer, performed with Muse, and hit the studio with the Greg Billings Band to record “Old Friends Don’t Come Easy”.

Will the future hold more live performances from the man doctors have advised to stay away from the stage? Time will only tell; in the meantime, we’re happy reliving his magic in performances like the one just below this video. Enjoy!