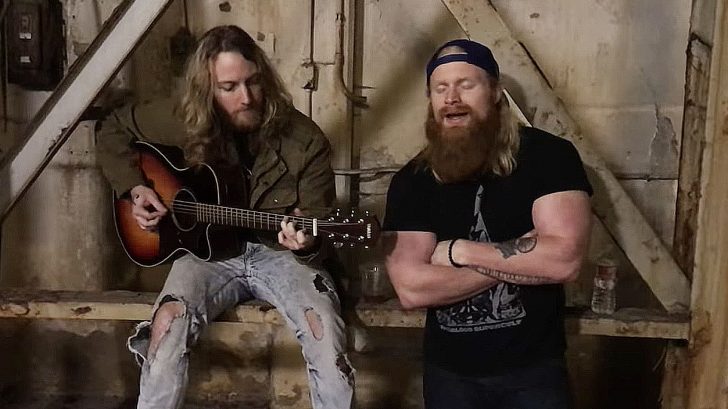 Phil Collins Would Be So Proud!

If you were to go online and search for covers of Phil Collins’ song “In The Air Tonight”, you’ll find literally millions of results. Some of those covers are good, some maybe not so much, but there are those select few that are truly unique. Take, for example, these two gentlemen from the band Blacktop Mojo.

The singer and guitarist from this band one day found themselves in a distillery and fortunately were equipped with a cameraman and a guitar. So, what do you do when you have the proper equipment and a room with natural reverb? Easy! You play music!

What you’re about to watch is a video in which these two men perform an acoustic cover of the aforementioned song “In The Air Tonight”. Needless to say, these guys are going viral and it’s obvious to see why. Watch and see for yourself!

This is Phil Collin’s signature song and his most enduring track which isn’t surprising given his drum break is nothing short of epic. And perhaps the only thing more popular than the song itself is the urban legend about its backstory – unless you’ve been living under a rock, chances are, you already heard about it.

“I don’t know what this song is about. When I was writing this I was going through a divorce. And the only thing I can say about it is that it’s obviously in anger. It’s the angry side, or the bitter side of a separation. So what makes it even more comical is when I hear these stories which started many years ago, particularly in America, of someone come up to me and say, “Did you really see someone drowning?” I said, “No, wrong”.” – Phil Collins

But the truth is, “In The Air” is about the grief he felt after his divorce. He’s not even 100% certain what it’s actually about. Just that, he wrote it spontaneously.