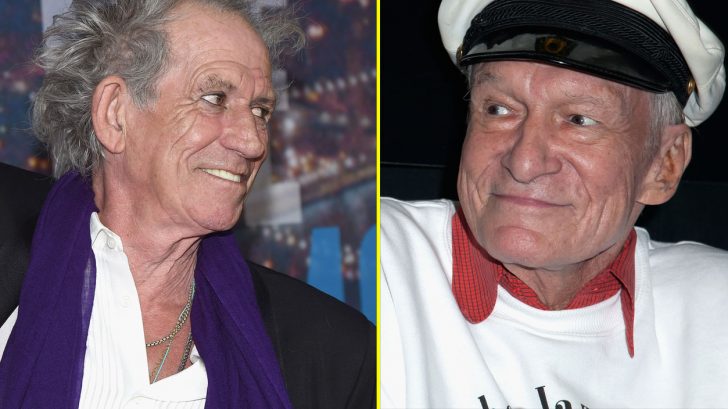 Nothing goes hand in hand quite like rock and roll and beautiful women and for that, the rock community is mourning the loss of the man who helped make it all possible. Playboy founder Hugh Hefner died last year from natural causes at the age of 91 and as the tributes began to roll in – not mourning a life lost but one well lived – rockstars from every corner of the planet came out in droves to remember the man who with only $600 turned boyhood fantasy into a multi million dollar reality.

Among those offering tribute to Hef was Rolling Stones guitarist Keith Richards, who in true Keef fashion let his trademark wonderfully dry wit lead him in the direction of one of the most brilliant summations of what Hugh Hefner meant to the rock world:

Immediately, fans chimed in on social media with their approval:

That made me laugh out loud. Thank you Keith

That is old school! Tweeting by handwritten note, nice!

You have always had a way with words! Couldn’t have said it better.

I love it. Written on the back of ‘Hotel Information Sheet’… this could only be more rock’n’roll if it was written on used toilet paper! 😝

As far as tributes go, Keith Richards is the clear winner in our book. Rest in peace Hef!