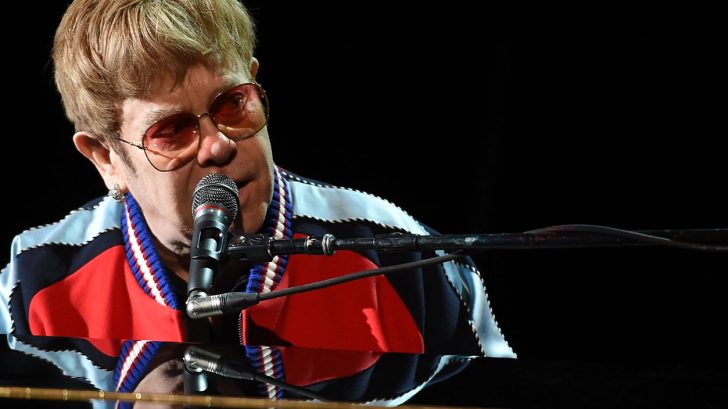 Man, oh man – Elton John is about to be the busiest man in the world! Not only is he gearing up for his ultra ambitious 300-date farewell tour slated to begin later this year, the 70-year-old is prepping to reprise his role as the chief architect of The Lion King soundtrack in honor of the July 19, 2019 release of the Jon Favreau helmed live action Lion King.

The 2019 film’s soundtrack will bring back four originals from the 1994 animated hit – “Can You Feel the Love Tonight,” “Hakuna Matata,” “I Just Can’t Wait to Be King” and “Circle of Life” – but John and famed lyricist Tim Rice are slated to team up with 20-time Grammy Award winner Beyoncé Knowles-Carter to create a brand new song for the film. Knowles-Carter is also starring in The Lion King’s 2019 live action reboot as Nala.

“They need to have a new end-credits song,” John said.

“We’ve been speaking to Beyoncé’s people, and hopefully Tim and I and her can cook up something. That’s going out in 2019 as well. And it will be great to work with her. So we will see.”

The Elton John/Beyoncé/Tim Rice collaboration has the potential to be huge for all three; this new song could give way to an Academy Award nomination for Best Original Song, only awarded for songs written specifically for movies and the same award won by “Can You Feel the Love Tonight” in 1995. Not only that, but it will very likely give the trio a hit single ahead of The Lion King’s release next summer.

This could be interesting! It’ll be a little while before we hear the final product, but love it or hate it it’s sure to get folks talking!