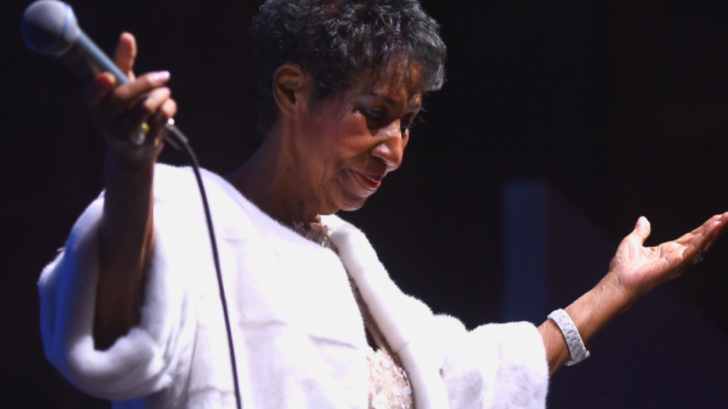 Now, it’s with the heaviest of hearts that we report the passing of Queen of Soul Aretha Franklin, dead at the age of 76 following a lengthy battle with cancer.

The announcement came just a few moments ago, spreading across social media as fans, industry colleagues and friends celebrated the life and legacy of a woman whose voice was rivaled only by the overwhelming amount of soul that powered her through a 62 year career that began where so many other soul icons’ stories began: in the church.

BREAKING: Aretha Franklin, the Queen of Soul, is dead at 76 https://t.co/fKJt6IbIiq pic.twitter.com/XTGZcHkb4d

Born Aretha Louise Franklin to Barbara (née Siggers) and Clarence LaVaughn “C. L.” Franklin on March 25, 1942, Franklin began her musical journey singing gospel music in her father’s Baptist church shortly after her mother’s death in 1952. She made her solo debut at New Bethel with the hymn “Jesus, Be a Fence Around Me,” and four years later under C.L. Franklin’s watchful eye embarked on a series of  “gospel caravan” tours where she performed in various churches across America.

It wouldn’t be until 1960 that Aretha, now 18, would venture into secular music – but not before releasing  “Never Grow Old” and “Precious Lord, Take My Hand” to gospel stations. Her first secular album arrived a year later, Aretha: With The Ray Bryant Combo, bearing “Won’t Be Long,” the 19 year old singer’s first single to chart the Billboard Hot 100.

From there, it was off to the races.

1966 saw Aretha sign to Atlantic Records, a move that would prove crucial in her career evolution. She began her reign as the high Queen of Soul with “I Never Loved a Man (The Way I Love You)” in 1967, recorded in Muscle Shoals, Alabama in front of the famed Muscle Shoals Rhythm Section and watched as it soared to the top of the charts, giving Aretha her first top ten pop single on the Billboard Hot 100 while simultaneously shooting to the #1 spot on the R&B charts. But it wasn’t until she released her rendition of Otis Redding’s “Respect” – a sassy, brassy, frenetic take on the original – that the world would fully understand the power and wonder that was Aretha Louise Franklin.

The 1960s were peppered with hits like “Think,” “Respect,” and “(You Make Me Feel Like) A Natural Woman” as the world watched Aretha dominate the charts at every turn, earning the title of ‘The Queen Of Soul’ by the end of the decade.

As if 6 decades, 18 Grammy Awards, and 75 million records sold worldwide weren’t enough, in 1987 she became the first woman to be inducted into the Rock and Roll Hall of Fame, the honor performed by Rolling Stones guitarist Keith Richards.

Today, the world hasn’t just lost a singer. It’s lost one of its biggest voices, one of its most crucial links to America’s past and everything thereafter; a prominent figure of the Civil Rights movement, Aretha had the distinct honor of singing at her friend Martin Luther King, Jr.’s memorial in 1968 at the height of America’s battle to make real for all the promises outlined by the founding fathers.

Four decades later, Aretha did what her friend Martin couldn’t do: she saw that promise made real and was on hand to celebrate it as only she could with “My Country, ‘Tis Of Thee” at President Barack Obama’s 2009 inauguration.

In addition to a glowing legacy and musical accomplishments too numerous to name, Aretha Franklin is survived by sons Clarence, Edward, Teddy and Kecalf, countless loved ones, and friends around the world who will miss her warmth, heart, and soul something fierce.