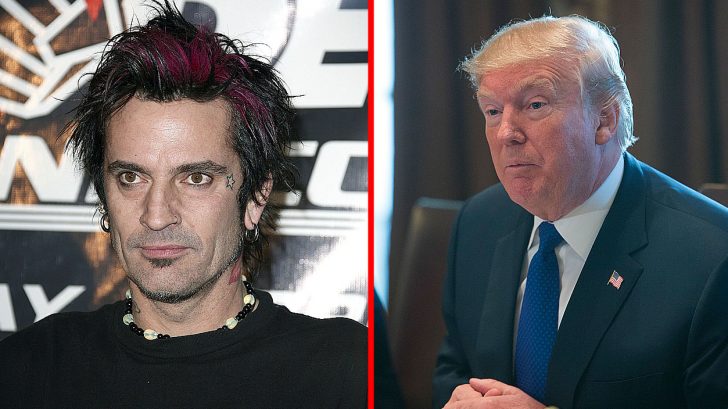 It’s seems as if it’s becoming a trend for rock stars to get candid about President Trump. It’s understandable, after all. That’s the way it’s been for decades now. In fact, some of the best rock songs ever written were politically charged either for or against the president at the time. These days, thanks to social media, rock legends are making their voices heard more than ever. Unfortunately, it’s not all met with collective agreement.

Mötley Crüe drummer Tommy Lee has always been outspoken regarding his beliefs and opinions, and most of the time it’s met with positivity, but this time is a little bit different. Tommy Lee recently just made this short, but scathing tweet about President Trump.

Our president is a fucking idiot and fuck all you dickheads who voted for him!

We have yet to hear a response from Trump regarding these harsh comments, but as you probably already know, he most likely won’t respond at all. Nevertheless, Tommy Lee is getting a ton of heat his way, for obvious reason. With that said though, it doesn’t seem like Tommy lee is regretting his comments.