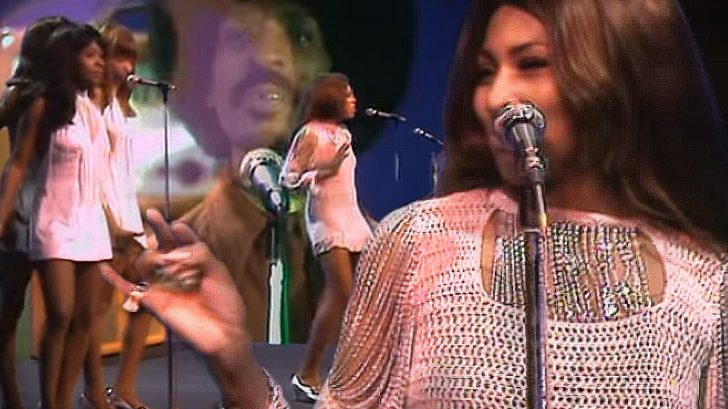 “We Never, Ever Do Nothing Nice And Easy.”

They warned us that they “never, ever do nothing nice and easy” – and they meant it. Written in 1969 by John Fogerty of Creedence Clearwater Revival, ‘Proud Mary’ saw stratospheric levels of fame when it was covered the following year by husband and wife team Ike and Tina Turner for their album Workin’ Together; gone was the slow, easy version we were used to, and eclipsing it was this funky, almost over the top version that makes you want to get up and dance.

This 1971 performance features Ike and Tina performing on German music show Beat-Club, and from the moment Tina warns the crowd in a low voice that they were about to take things “nice…and rough,” to the final spin performed by backup dancers The Ikettes, ‘Proud Mary’ is a wild ride that lives up to Tina’s promise to kick things up a notch.

In The Beginning, There Was Mary…

‘Proud Mary’ had nothing to do with a riverboat. Instead, John Fogerty envisioned it as the story of a woman who works as a maid for rich people. “She gets off the bus every morning and goes to work and holds their lives together,” he explains.

Tina has never been more statuesque or beautiful, delivering a performance that modern entertainers can only dream of replicating – she’s all strength and energy, and it’s easy to see why nearly 50 years later Tina is considered one of the biggest voices and fiercest female entertainers in history!