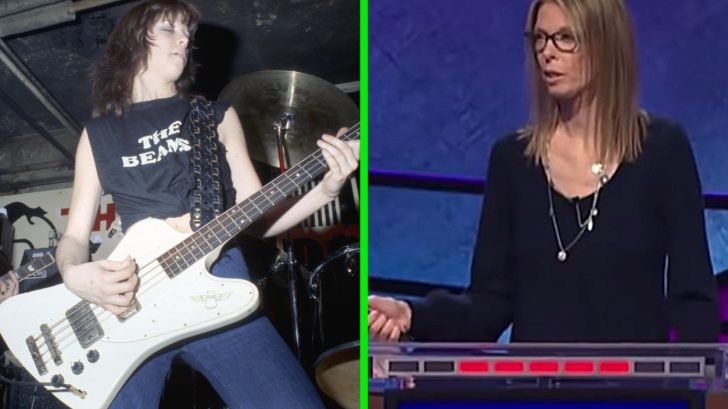 Her Name Is Jackie Fuchs (Fox)

If you’re like me and you watch ‘Jeopardy!’ religiously, then you might’ve noticed a lady by the name of Jackie Fuchs absolutely tearing it up for days on end. However, during her first appearance on the show while host Alex Trebek was making the rounds with each contestant, she revealed quite the interesting little tidbit about herself. It turns out that she played bass for The Runaways!

Jackie Fuchs, or as you might know her stage name to be Jackie Fox, an attorney from Los Angelas, California, played bass for The Runaways from 1975 to 1977. She co-wrote “Delilah’s Scissors” with Tischler-Blue and executive-produced and appeared in ‘Edgeplay: A Film About The Runaways’.

She is still the current Jeopardy champion and has been crushing the competition with ease for almost a week straight and it doesn’t seem like that’ll stop anytime soon. Check her our in action in the video below!