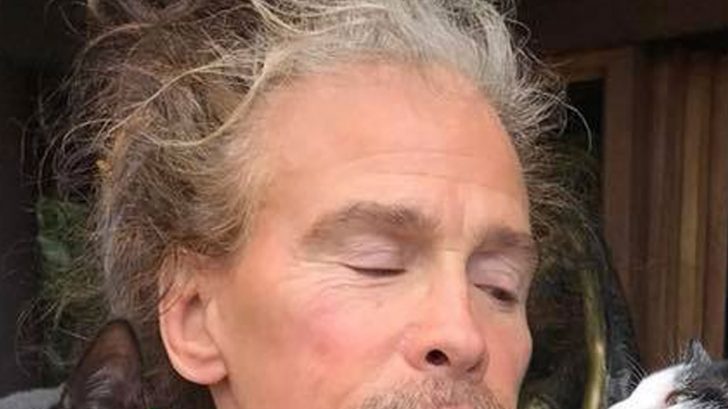 We Have SO Many Questions!

If you were wondering how Steven Tyler is doing after a busy 2017 and an even busier 2018 ahead, look no further than the rock legend’s social media accounts.

The always entertaining Aerosmith frontman has been having one hell of a time in Maui over the past several weeks, his home away from home after he purchased a gorgeous little bungalow in 2012 for a cool $4.9 million; joined by longtime girlfriend Aimee Preston and a host of adorable furry friends to keep them company, Tyler’s done a pretty good job of summing up the effect Maui has had on him as of late:

However, it’s his most recent post that’s sending fans like ourselves into hysterical laughter in between shouts of “What exactly am I even LOOKING at?!”. In a photo shared to his social media accounts yesterday, Steven appears shirtless while holding two cats, a pair of glasses, and a Cuban cigar that’s sitting suspiciously close to the lips of one cat. He’s also sporting quite a few bandaids and what has to be the most conspiratorial facial expression anyone’s ever seen, making folks wonder: just what is going on?

With a caption that simply reads, “WHAT’S NEW PUSSYCAT???” Steven’s photo leaves us with so. Many. Questions. Is he wearing the bandaids because he lost a fight with his cats? Was the fight over the cigar? Were the cats fighting Steven for the cigar only for the white one sharing that strange little look with Steven to emerge victorious (but still needing Steven’s help to light the cigar because come on, cats don’t have thumbs)?

Apparently, we’re not the only ones with questions and a few concerns:

I see bandaids on your body, you might want to trade the cats for a puppy❤️?❣️

#kitties & #Stoogies What A Strange Combination While You Relax Steven… Oh Well – bat ?

All jokes aside, Maui’s been good to him because Steven looks fantastic! He’s healthy, happy, and as well rested as any rock legend deserves to be as he enjoys the calm before the storm; with the recent opening of Janie’s House for abused and troubled girls, the upcoming inaugural Janie’s Fund gala night slated to take place on January 28th, and plans for an Aerosmith tour later this year, Steven’s about to remind the world why he’s still the hardest working man in rock!