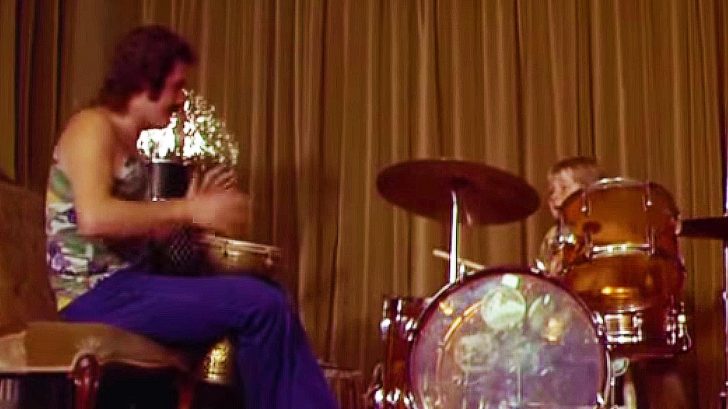 The Song Remains The Same

The world knew Led Zeppelin drummer John Bonham as “Bonzo”: the larger than life personality that quite literally kept the party going both onstage – and off. What the world also knew, more importantly, was how in love John was with his family.

So in love with them, in fact, that in Led Zeppelin’s 1976 film The Song Remains the Same, Bonham’s fantasy sequence consists of an evening at his home in Worcestershire, dancing with his wife Pat while his young son Jason plays the drums – mimicking his favorite pastime.

John Bonham with his wife Pat and son Jason

This awesome footage features that fantasy sequence, and gives us a fantastic look into who John Bonham really was; a family man fiercely dedicated to his wife and children, often to the point of depression and homesickness when forced to be away from them for lengths of time due to the constant touring of Led Zeppelin.

Somehow, watching Bonzo at his absolute happiest is even better than watching him dominating stages from behind his drum kit and will make you miss this legend more than ever!