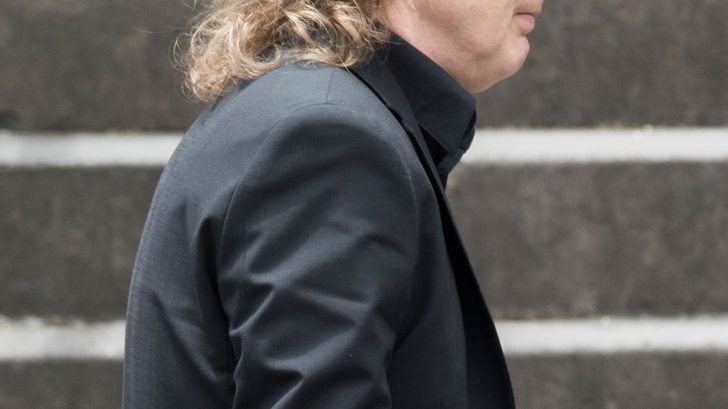 One of rock’s greatest chapters came to a close as rock legend Malcolm Young was laid to rest in Sydney, Australia. Young, who died on November 18th after a lengthy battle with dementia, was celebrated in a funeral ceremony by friends and family who turned out at St. Mary’s Cathedral, with a guest list that included AC/DC alumni past and present as Brian Johnson, Phil Rudd, Cliff Williams, and Mark Evans stood shoulder to shoulder in a show of solidarity with bandmate Angus Young.

A quiet ceremony marked with tears and laughter as friends took turns sharing their favorite memories of the late guitarist, Young’s funeral was chronicled by devoted AC/DC fans in a series of fiercely powerful Instagram posts.

Both heartbreaking and exquisitely tasteful, they captured the weight of the day in photos of somber AC/DC alumni dressed in black, the funeral program bearing Malcolm’s photo and the commemorative guitar picks funeral guests received, and most heartbreakingly of all, Angus Young lovingly holding his big brother’s guitar case for the last time.

“Malcolm’s family thank you for your love, support and overwhelming outpouring of kindness during this time,” a statement from the funeral program reads.

“They ask that you remember Malcolm as a man who was generous and had immense talent. His enormous legacy to his family and music industry worldwide will never be forgotten.”

He will be forever missed, and while we love the music he left behind, the greatest part of him lives on through the loved ones he left behind. Rest in peace, Mal.