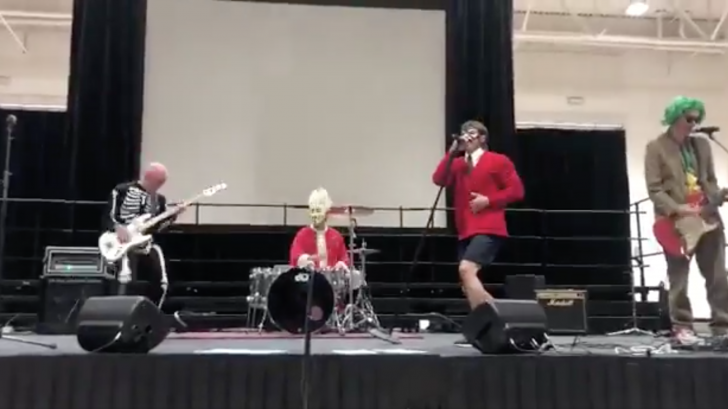 Now This Is How You Make An Entrance!

Could you imagine just how you would react if while you were sitting at a school assembly, your favorite rock band just made a surprise appearance to come and tear the house down with an epic live performance? Well, you don’t have to imagine any more…

Just this past Wednesday at Viewpoint School in Calabasas, California, a routine school assembly suddenly became a million times more awesome when out of nowhere legendary rock band the Red Hot Chili Peppers crashed the party and put on an amazing impromptu concert!

This was of course at the school that drummer Chad Smith’s children go to. Looks like an impromptu concert was bound to happen at some point in those kids’ time at that school.

Luckily, many people were able to get different perspectives of the concert!

They were all there, I promise! pic.twitter.com/sziZtCNqUh

If somehow your kids go to school with the son(s) or daughter(s) of a rock legend, you might want to be sure to attend every school assembly you can from here on out, because you never know just who could show up!