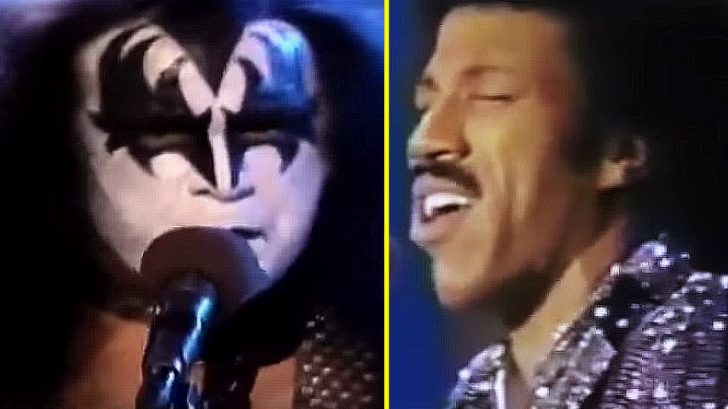 You Can’t Rock And Roll ALL Night

After all that rocking and rolling all night followed by partying every day, you gotta find some time to take it easy. Viral genius DJ Cummerbund knows this intimately, as evidenced by his hilariously awesome mashup that finds Kiss’ “Rock and Roll All Nite” set against The Commodores breezy 1977 standard “Easy” for what he’s dubbed “Rock & Roll Until a Reasonable Hour”.

Sure, it’s delightfully absurd to hear “Rock and Roll All Nite” essentially performed in the style of The Commodores, with video footage of KISS concerts that doesn’t match the song’s tempo in the slightest. It’s even more ridiculous when Lionel Richie’s vocals come in for the song’s bridge, autotuned to death; but like everything DJ Cummerbund creates, “Rock & Roll Until a Reasonable Hour” just works.

Where many attempts at mashups like this tend to fall apart or just plain fail to make sense beyond the artist’s self-indulgence,”Rock & Roll Until a Reasonable Hour” works just as well as one cohesive unit as it does two separate entities, showing off the beauty that was the music we grew up with as well as the best of what both tracks have to offer on their own. Check it out in the audio below and as always, enjoy!