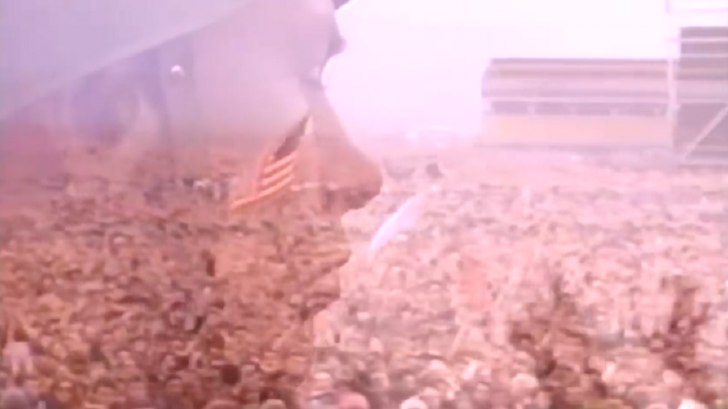 What Rock Is About

No matter what the haters say, Metallica has earned their spot in the rock ‘n roll pantheon. And more than their classic hits, one thing we can never forget about them is their epic show during the Monsters of Rock ’91 in Moscow, Tushino Airfield in Russia. It was how every heavy metal concert should be – raw, wild and crazy. Besides, it’s not easy performing in front of over a million fans.

It’s among the top 5 shows with the highest attendance in history and we can only imagine how insane it was! We may never know what Metallica felt at the time but this perspective of how large the crowd was will at least give you an idea. It was absolute mayhem. And to this day, nothing will come close to how epic this was.

It makes you want to travel back in time just to experience this kind of craziness.

Photos from our first show in Grand Forks since the 1989 Damaged Justice Tour! ?? Swipe for more! ? by Brett Murray and Jeff Yeager

“That whole Monsters Of Rock tour was a big fog for me. Those were my Jägermeister days. It was bad coming back to some of those towns later, because there were a lot of dads and moms and husbands and boyfriends looking for me. Not good. People were hating me, and I didn’t know why…” – James Hetfield

It’s also impressive that even with that size, the crowd didn’t get out of hand. Because things can go wrong easily – a drunk fan can start a riot or fights could erupt. But even with scattered arrests, the organizers and police had it all under control.

And although we are envious of these throngs of people just having a good time, we’re still thankful someone recorded this historical event for us to enjoy. Over twenty years later, nothing can still come close to how awesome this “first free outdoor Western rock concert in Soviet history” is.

Posted by The Chilean Horsemen on Saturday, July 28, 2018