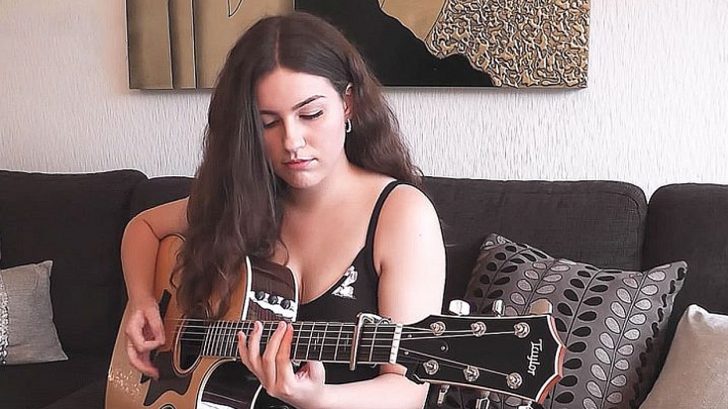 This Girl Is The Future!

Fans of certain bands will consider said bands to have music that is considered to be “untouchable” or basically “un-coverable”. One of those bands that fans collectively put into that category is Pink Floyd. Now, to be fair, it’s not an argument without merit. As if we need to tell you, Pink Floyd is without a doubt one of the all time greatest rock bands that have ever taken the stage.

Their music is on a completely different level and sure, if someone else covers their music, it’s not going to sound EXACTLY like Pink Floyd, but that doesn’t mean fans of Pink Floyd can’t still like it. Here’s some proof. What you’re about to watch is a video in which a beautiful young girl by the name of Gabriella Quevedo performs an acoustic cover of Pink Floyd’s hit “Another Brick In The Wall”.

To put it simply, you’ll be left speechless! See for yourself!

“You couldn’t find anybody in the world more pro-education than me. But the education I went through in boys’ grammar school in the ’50s was very controlling and demanded rebellion. The teachers were weak and therefore easy targets. The song is meant to be a rebellion against errant government, against people who have power over you, who are wrong. Then it absolutely demanded that you rebel against that.” – Roger Waters

She didn’t just nail it, her arrangement is incredibly beautiful and sensational. Sure, we’ve seen several other versions but this one clearly stands out because of its otherworldly feel. Keep in mind that this is to pay homage to her heroes and not to try to be better than the original. And the way she did it, it will make Pink Floyd proud. This is one brilliant take on an epic classic hit.