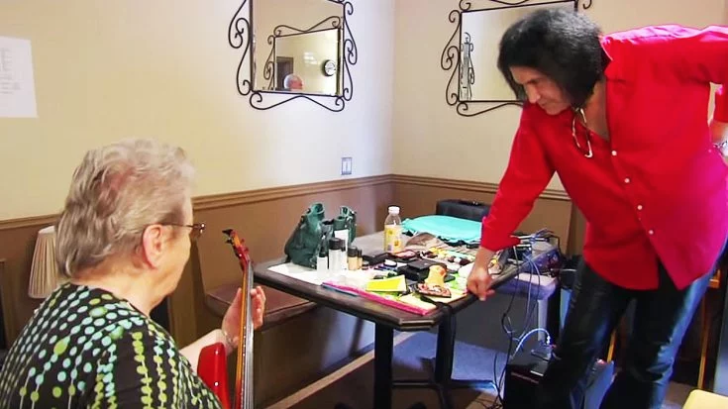 Even Rock Legends Need Lessons From Time To Time

Gene Simmons has built an illustrious career over the span of 30 years. He is the bassist/vocalist for the legendary rock band known as KISS, and as much as he’s known for his musicianship, he is probably more known for his theatrical on-stage antics that dubbed him and his band as one of the most entertaining live acts in the world.

Now, without getting too opinionated, most would agree while live theatrics are important, they aren’t everything. Where am I going with this? Well, Gene Simmons one day decided to sit down with legendary session bassist Carol Kaye. If you’re unfamiliar with who she is, just look up the bands she’s played with, ’nuff said!

Anyway, what you’re about to watch is a video in which the aforementioned Gene Simmons sits down with this legendary bassist as she proceeds to give him a lesson or two. What makes this video so uniquely great is Gene’s reaction. It’s oddly satisfying to see a Rock N’ Roll Hall Of Famer become so humble and willing to learn, and let it be known that Gene was absolutely inspired by this woman!