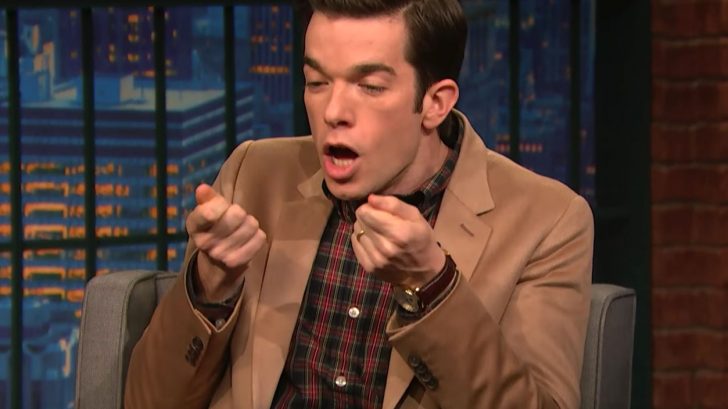 No one likes the Rock and Roll Hall of Fame, or its induction ceremony. The Hall itself is a major point of contention for fans who feel the induction process is biased beyond belief, and the induction ceremony has a…strange sort of feeling to it that no one can ever put their finger on – they just know that catching it when it airs on HBO isn’t necessarily the highlight of their year.

Thanks to one comedian, though, we finally know why we hate the Rock and Roll Hall of Fame induction ceremony: John Mulaney sat down with late night king Seth Meyers earlier this week and joked about how he’d love to host the event. Not because it’s a prestigious honor, but because it’s an absolute trainwreck of a night.

“They induct about a half dozen ungrateful bands into an association no one ever asked for in Cleveland,” Mulaney jokes. “If I could describe the Rock and Roll Hall of Fame induction ceremony, think of it like a wedding if every speech was given by the bride’s ex boyfriend. Every band comes in with some old grievance, and all their speeches are just filled with bile from like, 30 years before about like, equipment vans or something.”

Think about it! How many times have you seen bands like KISS and Black Sabbath hit the stage to accept the honor, only to turn it into a chance to air decades old dirty laundry and make everyone in the room really, really uncomfortable? How many bands arrive – despite months of advance notice – unprepared to give the biggest speech of their career?

Awkwardness aside, this bit is actually pretty funny – Mulaney hits it right on the head, and the joke about every band looking like “John Varvatos pirates” is definitely the highlight. Check it out in the video below!