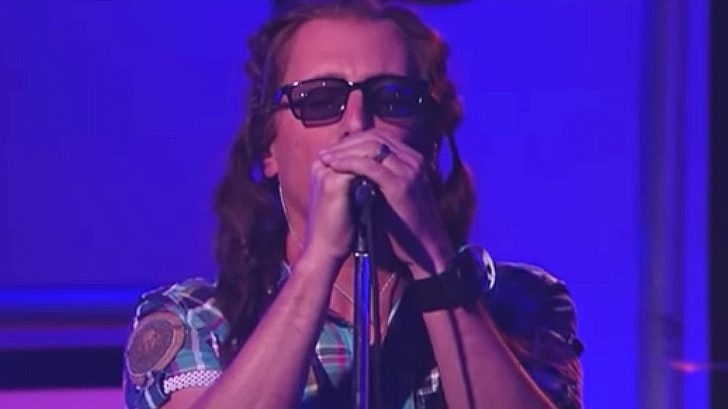 When John Lennon wrote “Imagine” in 1971, the world he was speaking of – one that lacked religion, nationality, and free of material possessions – wasn’t just a pipe dream, it was something he wanted everyone within earshot to actually imagine and work towards doing their part in making it happen.

An intensely hopeful song done in major chords, it’s hard not to hear “Imagine” and see the world as a gorgeous place full of people with infinite potential to turn the world into the utopia Lennon envisioned. However, the world has changed significantly in the 38 years since his death at the age of 40, giving way to something far stranger and darker than John or anyone could have ever anticipated.

In 2004, A Perfect Circle tackled “Imagine” for their album eMOTIVe, a collection of anti-war songs for a brand new generation and turned John’s hopeful vision for humanity into a warning wrapped in a series of minor chords, a feeling of abject desperation laced with something that feels like exhaustion coloring A Perfect Circle frontman Maynard James Keenan’s words.

This is no longer one man’s simple wish – instead, it’s another man’s race against time to warn the world that unless we find another way, there won’t be a whole lot left worth dreaming about – or anyone left to do the dreaming.

“[Imagine] is anti-religious, anti-nationalistic, anti-conventional, anti-capitalistic… but because it is sugar-coated, it is accepted.” – John Lennon

Is it grim? Absolutely – but there’s still hope somewhere in there, the hope that John Lennon didn’t have it all wrong and that humanity is capable of getting it right while there’s still time. Check out A Perfect Circle’s stellar take on “Imagine,” live at Red Rocks and as always, let us know what you think!