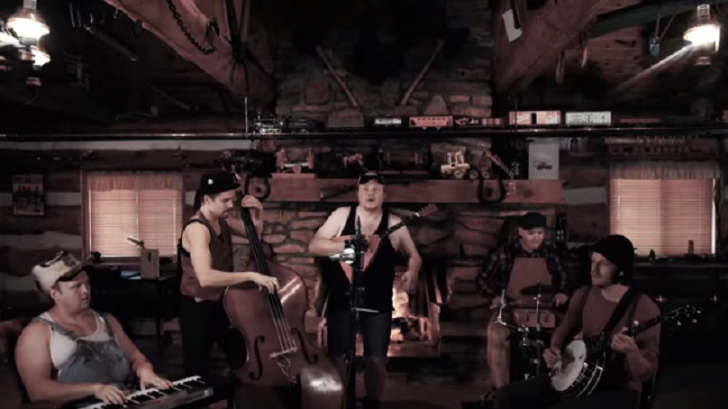 By now you’ve probably already recognized them as a bunch of musical geniuses. If you haven’t yet, there’s still time.

And just when we thought Steve ‘n’ Seagulls couldn’t possibly top their latest cover, they come up with something that blows us away again and again. They take their music seriously but their music videos are always peppered with humor. They’re the kind of guys you want to hang out with on weekend nights while drinking cold beers. They definitely look like they know how to have fun.

After seeing the title, we were kind of skeptical because we couldn’t imagine “Born To Be Wild” performed in Hillbilly style. There’s no way they could pull it off. Then again, they’ve proven us wrong several times because this version rocks. It’s crazy how good this sounds and it’s hard to shake off the catchy tune – it’ll likely stay in your head for days.

“Yeah, there’s a lot of cover bands in Finland also, and at some point we figured out that there might be something a little bit unique in what we do. We kind of see ourselves mixing bluegrass, Finnish folk music, pop music and metal songs. It’s a mixture of many things, so I think that makes it a little bit unique in a way.” – Tomi ‘Remmel’ Tajakka

With so many talented musicians on YouTube today, it’s not easy to stand out and make people listen to the music you make. However, these guys found a way to take cover versions to another level. They take the songs and make it their own. But more than that, they even released their own albums!

They deserve to be bigger and we feel bad for those who haven’t heard their songs because they’re missing out big time. Their refreshing take on rock ‘n roll is gold.