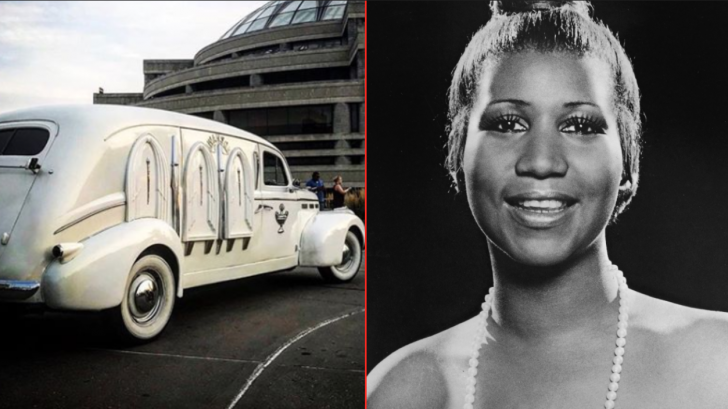 Queen of Soul Transported To Viewing In Style

Aretha Franklin will be laid to rest this Friday in her Detroit hometown, but before her loved ones say goodbye for the final time the Queen of Soul is being given a sendoff fit for royalty with a two day viewing at the Charles H. Wright Museum.

Franklin, who died on August 16th at the age of 76, arrived at the the Charles H. Wright Museum early this morning in a top of the line, 24k gold casket. But as with everything she did in life, Ms. Franklin’s arrival carried a touch of elegance and history with it; her hearse, an ivory, two-door 1940 Cadillac LaSalle, was the same hearse used to carry her father, Rev. C.L. Franklin, to his final resting place in July 1984.

It was also the same hearse used to transport Civil Rights icon Rosa Parks after her passing in 2005 at the age of 92, and Temptations singer David Ruffin in 1991.

That’s not the only connection to Ms. Franklin’s broad and colorful life.

“I was so stunned when we took the body out of the hearse, people all over the crowd were tearful and saying, ‘I love you Aretha,”‘ Swanson said. “They really loved her, and she loved Detroit.”

Aretha Franklin’s viewing will extend into tomorrow, August 29th. Her funeral will take place on Friday, August 31st at 10am local time at Greater Grace Temple; a star-studded, private affair, the event will be televised throughout the day across various news outlets so that those who wish to pay their final respects to the Queen of Soul, can.