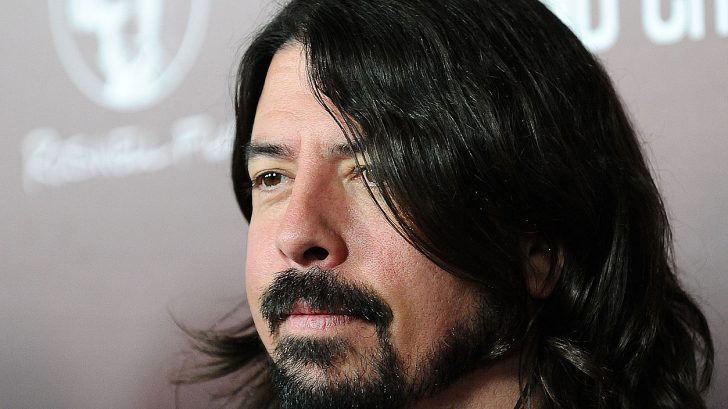 Speaking From The Heart

Dave Grohl certainly has one of the most fascinating life-stories of all time. From being the drummer for Nirvana to starting the Foo Fighters, Dave defied all odds when he surprised the world of rock & roll with his hidden talents. He has shared the stage with more rock legends than anyone can count and he has written some of the most conic rock songs that we all know and love today.

This storied career all started as part of the legendary grunge band Nirvana. As the drummer, Dave played a massive part in the band’s success, but he never actually wrote any songs for the band. And as it turns out, there’s a big reason for that. During a recent interview with CBS’s Sunday Morning, Dave talked about why he never contributed any written materiel to Nirvana. Here is what he had to say…

“When I recorded what became the first Foo Fighters record, I didn’t think it was a record. I just wanted to get up and go out and play something. Even if no body ever heard it.

Long before then I’d been recording songs on my own and never letting anyone hear them, because I didn’t really think they were that good. I didn’t like my voice. I didn’t think I was a songwriter. And I was in a band with one of the greatest songwriters of our generation, so I didn’t really want to rock the boat.”

“That’s the famous joke: What’s the last thing the drummer said before he got kicked out of the band? ‘Hey guys, I’ve got some songs I think we should play.’ So I just kind of kept it to myself.

But there was someone who we knew from Seattle. After Kurt died he wrote me this card: ‘I know you don’t feel it now, but someday the music is going to come back, and it’s going to heal you.'”

It’s always funny to think about how different things would be today if things happened differently in the past. Just imagine what would’ve happened if Dave presented his own material to the band. Then again, everything happens for a reason and maybe Dave not contributing his written material was for the best.