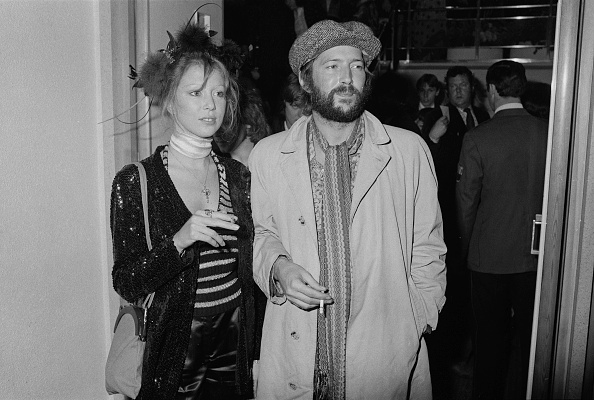 British musician Eric Clapton and his girlfriend, Pattie Boyd, at the premiere of Ken Russell's film version of The Who's rock opera 'Tommy' at the Leicester Square Theatre in London, 26th March 1975. (Photo by Michael Putland/Getty Images)

The song is along the lines of what you think it is, actually. It was 1976 when Eric Clapton’s girlfriend, Patti Boyd, was taking a bit long to get dressed for a Paul McCartney event. Then genius struck! Clapton wrote “You Look Wonderful Tonight” as his girlfriend indecisively cycled through outfits. This would be among the handful of songs he wrote about Boyd including, “Layla,” which he wrote while she was still married to George Harrison. Clapton sang this song to her live in 1979, the day after their wedding. Awww!

It’s late in the evening; she’s wondering what clothes to wear
She puts on her make-up and brushes her long blonde hair
And then she asks me, Do I look all right?
And I say, “Yes, you look wonderful tonight”

According to Patti Boyd, she says “he was sitting round playing his guitar while I was trying on dresses upstairs. I was taking so long and I was panicking about my hair, my clothes, everything, and I came downstairs expecting him to really berate me but he said, ‘Listen to this!'”

She was somewhat of a rock and roll muse. George Harrison, her first husband, had also written a few songs about her including, “Something.” Though the song might have experienced “overkill” as a staple at weddings and proms, Clapton will always keep his love for the fashion model alive in the lyrics of “You Look Wonderful Tonight.” His adoration is evident as he sweetly added to the song: