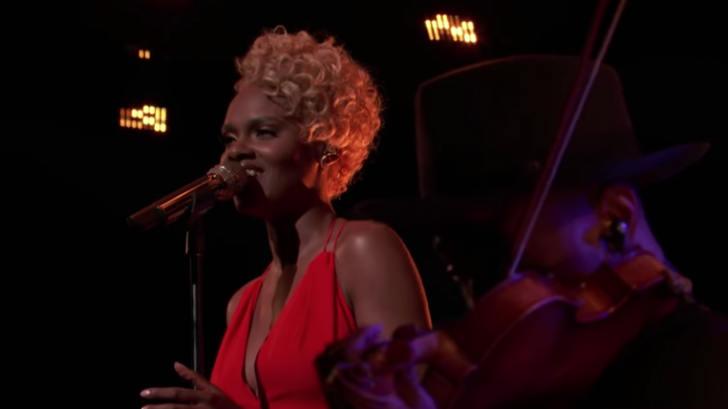 Bringing It Back To The Original

Season 12 of the Voice was a tough a competition. Contestant Vanessa Ferguson managed to make it to the semifinal performances. She soulfully sang “Superstar,” a song made famous by the Carpenters. Ferguson proved to be a superstar herself. She sang in the center of the stage with all the lights turned off except for the spectacle of yellow bulbs above her.

The show looked straight out of Rat Pack era Vegas casino- complete with a masterful performance.

Vanessa Ferguson was raised by her grandmother who had her playing on the piano since she was 5. Music was like second nature to the Voice contestant. Her life-long passion was evidently expressed in her cover of “Superstar.” Ferguson was reminiscent of Judge Alicia Keys with her gritty and full flows. The songstress completely silenced the room.Violins were added to the track which made the entire experience much more intimate. The audience was completely stunned.

She sang the song like it was the last song she would ever sing.

Don’t you remember, you told me you loved me baby?
You said you’d be coming back this way again baby
Baby, baby, baby, baby, oh baby
I love you, I really do