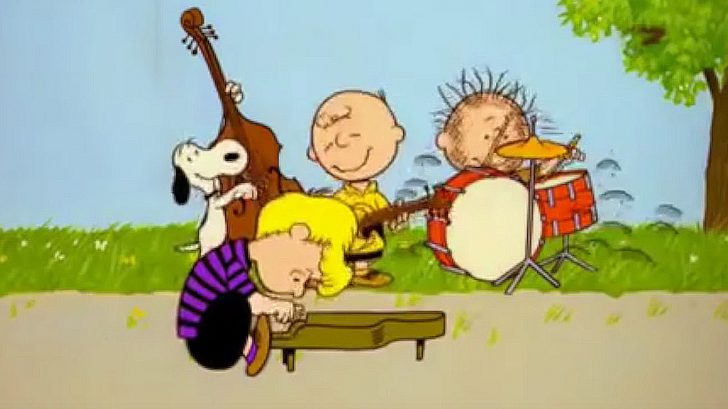 If you loved the video of the Peanuts kids jamming to Chicago’s “25 Or 6 To 4,” you’re in luck: the fine fella that created it has a veritable treasure trove of parody videos just like it, syncing classic rock’s most enduring music with some of America’s most loved cartoon characters for a music video that’s too much fun to pass up. Among the numerous gems that creator Garren Lazar has made is one that finds the Peanuts gang jamming to the jam to end all jams – Lynyrd Skynyrd’s 1973 epic “Free Bird”.

One of the most iconic songs of the 20th century and certainly one of the finest examples of the kind of magic only Southern rockers are able to work, “Free Bird” paired with the Peanuts gang is pretty much the coolest thing on the internet. Charlie Brown pulls double duty on Ronnie Van Zant’s vocals and guitarist Allen Collins’ powerful leads while Schroeder holds it down on the keys à la the legendary Billy Powell.

“The whole long jam was Allen Collins, himself,” Rossington says. “He was bad. He was super bad! He was bad-to-the-bone bad.

When we put the solo together, we liked the sound of the two guitars, and I could’ve gone out and played it with him. But the way he was doin’ it, he was just so hot! He just did it once and did it again and it was done.”

Snoopy channels the late, great Leon Wilkeson on bass – that is, when he’s not dancing up a storm on a lit up dance floor like he’s John Travolta and this is Saturday Night Fever – and it’s really hard to ignore the swell of joy that comes with seeing Peppermint Patty and the rest of the gang getting down to that famed “Free Bird” extended jam.

One of our favorite things to hit the internet in recent memory, check out the Peanuts gang as they tear up “Free Bird” and while you’re at it, don’t forget to break out your lighters and wave ’em along!