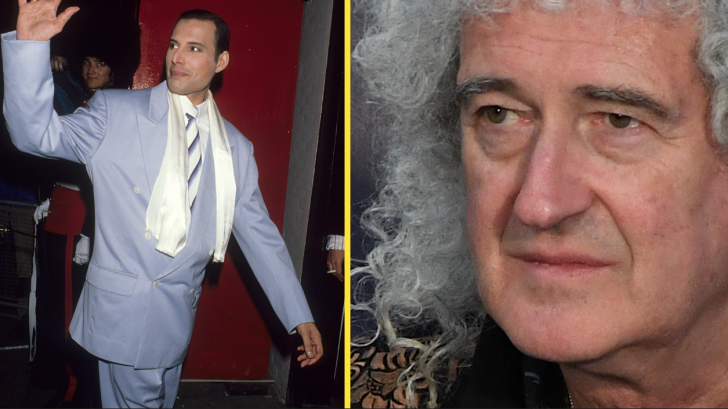 Reality Didn’t Sink In Until…

Freddie Mercury’s November 24, 1991 death came as anything but a surprise to his bandmates in Queen, least of all Brian May. While the rest of the world had been kept in the dark and left to speculate, May and those closest to Freddie knew that he’d contracted AIDS and that time was running out for the 45-year-old frontman.

The months and weeks leading up to his death were full of friends and family and recording sessions, so when news that he’d died came less than 24 hours after he’d issued his first and only statement on his battle with AIDS, nothing could have prepared Brian May for the overwhelming sense of denial that came with his friend’s passing.

Like so many others, Brian thought that Freddie was the exception, even as news outlets continue to churn out the horrible news – that he’d beat AIDS just like he’d beaten every other obstacle silly enough to put itself in his way, toss back a shot of vodka and jump back into the recording studio, demanding to know why his bandmates weren’t feeding him more material.

“We were all wondering if it was an illusion and he was going to be cured,” he said. “You can’t really take these things in properly. Then we got the phone call.”

Still, a phone call wasn’t enough to make Freddie Mercury’s death a reality. It took sitting down in front of the television for the weight of Freddie’s death to finally come crashing down, the news playing out across his television screen, for Brian May to finally realize that his friend’s beautiful, brilliant life was over.

“We all got together and talked and had a drink and then saw it announced on the TV,” he said. “Strangely enough, that was when it seemed real for the first time. You thought, ‘Oh my God, he really has gone and everybody knows now. It can’t be taken back.’”

Last year, May offered a brutally honest glimpse into Mercury’s final days, revealing that his Queen bandmates were among the rare few to witness his final battle. Freddie’s health had deteriorated to the point where he could no longer get out of bed, his eyesight was failing, and one of his feet was mostly amputated. He’d even begun to refuse taking all medication but painkillers to hasten his death.

“The problem was actually his foot,” May told the Times. “Tragically there was very little left of it. Once, he showed it to us at dinner.

And he said, ‘Oh Brian, I’m sorry I’ve upset you by showing you that.’ And I said, ‘I’m not upset, Freddie, except to realize you have to put up with all this terrible pain.’

Perhaps what makes Freddie’s death all the more heartbreaking is the knowledge that he’d missed the major advancements in AIDS research that ultimately led to the introduction of drug cocktails – a life saving concoction of pills that can prolong the life of AIDS victims for several years, if not decades; he’d missed it by only a few months, something that troubles May to this day, more than the moment he realized Freddie really wasn’t coming back.

“He missed by just a few months. If it had been a bit later he would still have been with us, I’m sure,” said May. “You can’t do ‘what if,’ can you? You can’t go there because therein lies madness.”