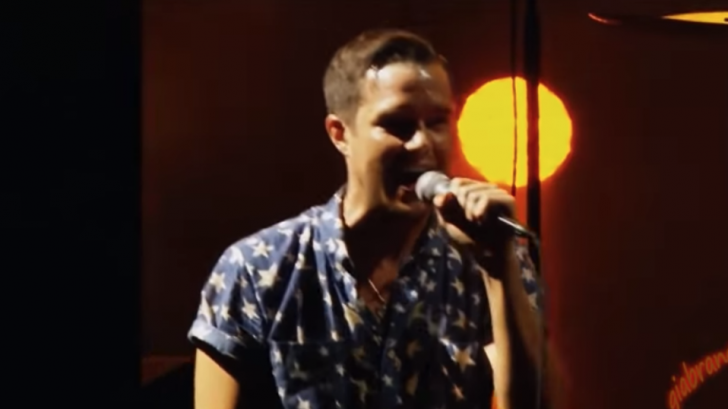 Back in 2014, something super cool happened and not enough know about it! The Killers performed at Hangout Music Festival in Alabama and covered Creedence Clearwater Revival’s “Bad Moon Rising.” The crowd was already pumped but then front man, Brandon flowers asks the audience, “You like CCR?” They went wild! The energy was instantly amplified and you can’t help feeling that sense of vigor when watching the show. It was an appropriately chosen “southern-rock” type of song to cover given that they were in Alabama!

New Moon For This Band

The Killers are known for their deep and heavy music about love, failed relationships, and the current political climate. They are far from being considered a country band but can certainly pull it off. The Killers have proved their range in talent on their Christmas EP with songs like “The Cowboy’s Christmas Ball” and on separate tracks like “Happy Birthday Guadalupe” when they dabble with Mexican country music, featuring Mariachi El Bronx. Who knows, maybe there will be future country hits for the amazing musicians.