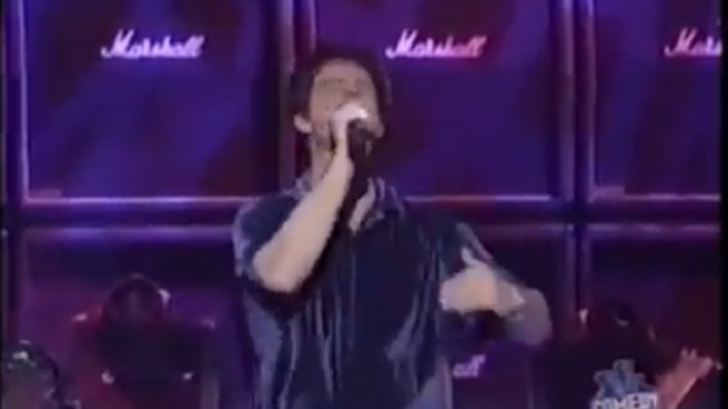 Is He For Real?

Unless you’ve been living under a rock, you already know who Jim Breuer is. He’s a well-known stand-up comedian who also became part of Saturday Night Live. But more than his funny side, he’s pretty famous when it comes to impersonating legendary heavy metal musicians like Ozzy Osbourne and Rob Halford.

However, one thing that separates him from other impersonators is how closely his voice resembles that of Brian Johnson. In fact, there were several people who thought he’d be the perfect replacement when Brian left AC/DC because of his hearing problems. Besides, he’s good friends with Brian.

It was his uncanny impression of the rockstar that caught Brian’s attention and he was so impressed that he invited Jim to perform with him onstage! And Brian also appeared in Jim’s album. They’ve collaborated a few other times too.

Today at 4pm, the world premiere of a truly great episode of #Unmasked with Mr. @JimBreuer on #siriusxm #factiontalk103 It's so funny, so touching and fascinating, you will literally laugh until you cry. Don't miss this one, its a terrific hour. Recorded earlier this week at #fatblackpussycat at the infamous @comedycellarusa #unmasked #jimbreuer #mets #metallica #saturdaynightlive #notgoatboy #ronbennington #ronnieb #nyc #nycomedy

“I never expected to meet such a genuine, humble, hilarious guy… Brian is probably the funniest guy I know. And just the most giving, most generous human being that I’ve ever come across. I don’t think he has any clue of the impact that he’s made on hard rock and on AC/DC fans. I tell him ‘If it wasn’t for you, I would have never discovered Bon Scott, you are what drew me in to AC/DC’.” – Jim Breuer on Brian Johnson

One thing though, he nailed every single AC/DC song. Billy Joel even brought him out as a guest during his show in New York’s Madison Square Garden to perform “You Shook Me All Night Long.” And boy, he delivered. It goes without saying that the man’s insanely talented but when you hear him sing, it’s just so accurate to the real thing that it will give you goosebumps.

If you didn’t see him, you’ll likely think it’s Brian who’s actually singing. That’s how good he is at impersonating.