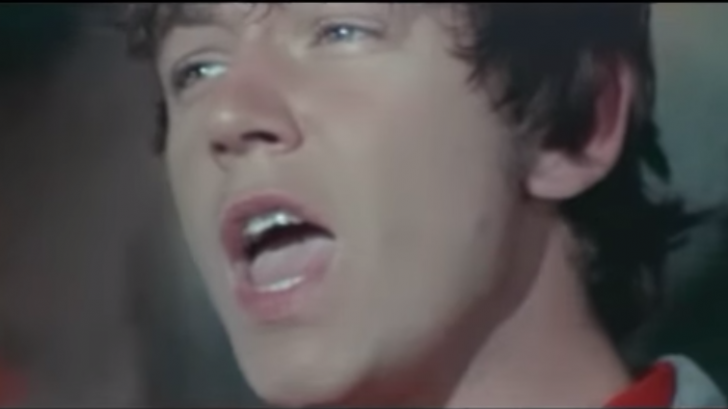 American musical comedy, It’s a Bikini World, was released in 1967 with a slew of rock group cameos. It was part of a wave of teenage surf themed movies that rose in the 1960s. The plot is about a beach jock who tries to impress a responsible girl, who initially rejects him. The Animals perform as one of the rock groups during a competition between the two main characters. Their set is inside a music club called, “The Dungeon.”

It’s A Bikini World was quite a passionate movie- about two characters with strong self esteem, trying to out- do each other. The Animals fit in perfectly with their high energy rock track, “We Gotta Get Out of This Place.” The band hit the stage inside a dragon’s mouth and it’s one of the coolest platforms you’ve ever seen.

“The Dungeon,” which was the surf/rock night club in the movie, was actually The Haunted House club on Hollywood Blvd. in California. It was the perfect setting for “We Gotta Get Out Of This Place.” The Animals were among 4 other bands included in the film: The Castaways, The Toys, The Gentry’s, and Pat & Lolly Las Vegas. The film didn’t make the biggest waves but the Animals continued to make their name in music history.

The track itself had been released two years prior to the film cameo, in 1965. It was part of a tide of music that was challenging audience’s perceptions. With a title like “We Gotta Get Out of This Place,” the song was universal in translation. It was the anthem for everyone from graduates to the United States Armed Forces during Vietnam.

The Animals’ front man Eric Burdon had explained, “The song became an anthem for different people – everybody at some time wants to get out of the situation they’re in.”