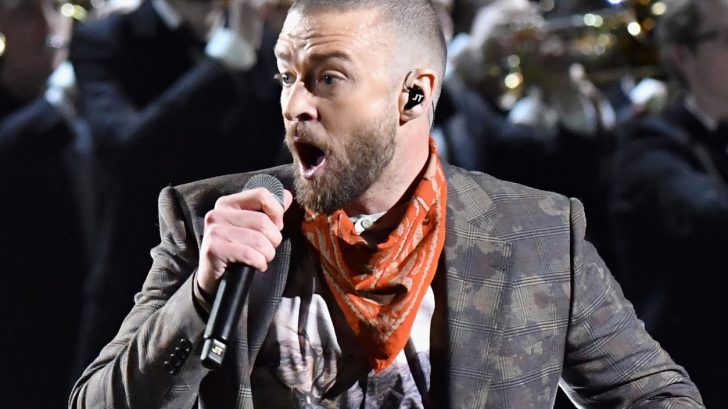 As Philadelphia recovers from the worst hangover in recent memory following the stunning 41-33 win over the New England Patriots during last night’s Super Bowl LII, viewers are taking the time to unpack the game’s events – namely Justin Timberlake’s halftime show.

We enjoyed it – Justin sang and danced his ass off for nearly 15 minutes, running through what turned out to be a career spanning setlist that found the 37-year-old singer-songwriter revisiting some of his biggest hits as a solo artist. But this morning, viewers were divided and in some cases, felt that not only did Timberlake’s halftime show fall short of expectations, it crossed into flat out disrespect when it came time to pay tribute to Minneapolis’ own Prince.

That being said? Some of the stuff these kids are saying on Twitter this morning is hilarious – we’re cracking up over here, and we thought we’d share the wealth. Here are 17 of some of the most savage Twitter reactions to Justin Timberlake’s halftime show:

Is this supposed to sound like I'm listening through my refrigerator door. #HalftimeShow

Am I the only person watching the #HalftimeShow like pic.twitter.com/Mdxo6u8wvA

I mean no disrespect, but my God this is awful. #HalftimeShow

I didn’t watch the #HalftimeShow, and didn’t need to, to know that the @prince segment was less than what #Prince deserves. Nope, Justin. pic.twitter.com/A0LsMXgAcr

When you have a Super Bowl performance at 8:30, but you’re robbing a bank at 9 #HalftimeShow pic.twitter.com/zsudzQceh2

Prince should descend from music heaven on a 50 shades of purple beam and take off his purple glove and slap Justin Timberlake across the face for that paltry and hella cheap sheet projection tribute! Worst #SuperBowl #HalftimeShow since he did Janet Jackson dirty. pic.twitter.com/4JYDTvIvMP

Inadvertently and unwillingly saw the halftime show while eating at the bar.
I feel myself spiraling into a deep dark hole of rage and depression .