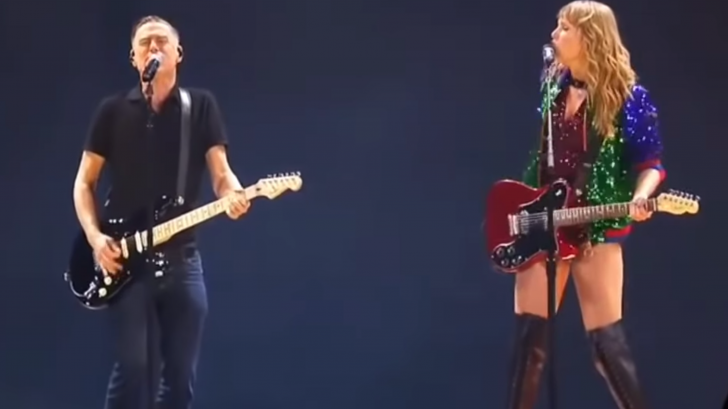 They Slayed This Jam

Say what you want about Taylor Swift but the girl knows how to bring the house down and in her concerts, there’s definitely no shortage of surprise guests – like the time she brought out Mick Jagger to join her on stage OR when Robbie Williams appeared in her London show. Even if we’re not too crazy about her music, it’s hard to deny that we’re almost always looking forward to her next duet.

During her Toronto stop last August 4 in Rogers Centre for her Reputation Tour, Taylor surprised the crowd by bringing out Bryan Adams and performing his 1984 classic hit “Summer of ’69.” In an Instagram post, Taylor wrote:

“I didn’t even know Bryan was gonna be in town until last night and I asked him completely last minute if he wanted to come sing!! Pretty evident from the videos (um yes I’m posting another one) that I’m FULLY LOSING IT with excitement, and I can’t thank @bryanadams enough ✨⭐️?.”

Behind the scenes of our secret rehearsal today before @bryanadams surprised Toronto with ‘Summer of 69’!!!! ???? SO MUCH FUN TONIGHT TORONTO!! ?: @jasonkempin @gettyentertainment

As expected, the crowd went wild when they saw Bryan emerge from a trap door. Of course, the Canadian rocker just blew everyone away and it was clearly one of the highlights of the show.

“It’s just one of my favourite songs ever written. It’s not one of mine, but I was wondering, like, you guys have been singing so loud all night, but I really wanted to see how loud it could be, right?” – Taylor Swift

This isn’t the first time Taylor performed the single because she has already covered it way back in 2011 for her “Speak Now” Tour when she was in Vancouver. But there’s nothing quite like performing the song alongside the original artist.

And the best part? There’s an extended outro too where both of them traded some improvised vocals. Now how’s that for a memorable performance?