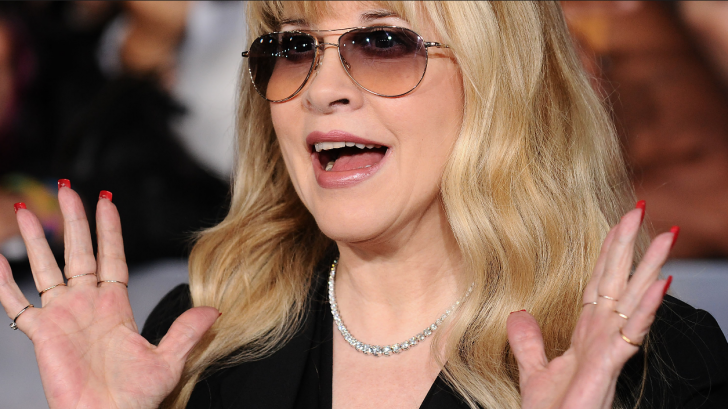 Stevie Nicks doesn’t just have one reason to celebrate today – she’s got two.

The 70-year-old rock legend is officially a Rock and Roll Hall of Fame inductee, joining fellow inductees The Cure, The Zombies, Janet Jackson and fan favorites Def Leppard in the Hall’s class of 2019. Nicks’ induction into the Rock and Roll Hall of Fame also makes her the first ever two-time female Inductee into the Hall of Fame, a moment of serious historic importance that’s not lost on us in a year where we’ve had to say goodbye to the Hall’s first ever female inductee, Aretha Franklin.

Congratulations to the Queen of Rock & Roll Stevie Nicks on her upcoming induction into the Rock & Roll Hall Of Fame! We can't think of anyone more deserving! #StevieNicks #RockAndRollHallOfFame #2019 #Rhiannon

Like her fellow Rock Hall classmates, Stevie took to social media this morning to react to the news.

I have a lot to say about this~ but I will save those words for later. For now I will just say, I have been in a band…

“I have a lot to say about this, but I will save those words for later,” she began. “For now I will just say, I have been in a band since 1968. To be recognized for my solo work makes me take a deep breath and smile. It’s a glorious feeling.”

Her first solo career single, "Stop Draggin My Heart Around" was originally written by and featured @tompettyofficial. What other @stevienicks collaborations would you like to see with artists today?

Nicks was inducted with Fleetwood Mac in 1998, but to see her finally inducted for her solo work is something else entirely.

Congratulations, Stevie Nicks – you’ve come a long, long way from writing songs in your bedroom and slugging it out in odd jobs to make your dream a reality!