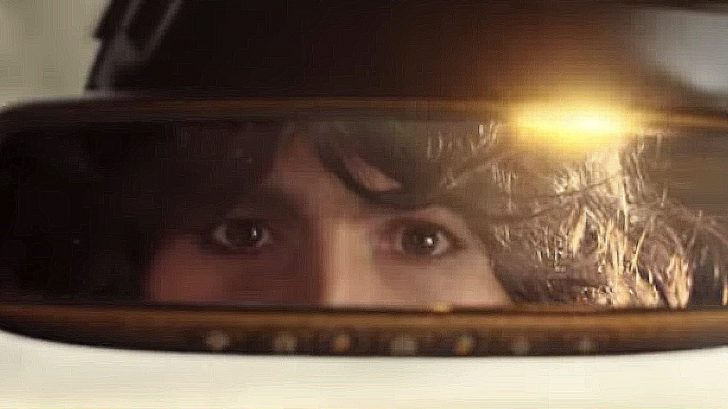 Sunday’s Super Bowl LII finds the New England Patriots facing off against the Philadelphia Eagles for what promises to be an intensely entertaining game, but let’s be real here: it’s the commercials we’ll be talking about long after the winner walks away with the coveted Vince Lombardi Trophy.

This year’s round of ads have already started to trickle in via the internet ahead of their Sunday debuts – actor John Krasinski’s ad for Tom Clancy’s Jack Ryan dropped earlier this week and this morning no one could stop talking about Keanu Reeves’ action packed Squarespace ad – but the one we’re stuck on is the one released by Kia Motors America featuring rock legend Steven Tyler literally racing against the clock to go back in time for one of the coolest – and freakiest – ads we’ve seen in a while.

Whose hands will be on the wheel when the #KiaStinger makes its big game debut? Who do you think? See if you’re right on 2/1. pic.twitter.com/dDWQMHDzoN

The commercial begins with Tyler donning a racing suit to face off against racing legend Emerson Fittipaldi. Instead of speeding forward, though, Tyler throws his candy apple red 2018 Kia Stinger into reverse and takes a trip back in time, sending the 69-year-old rock legend rocketing back to 1970 and into the arms of screaming fans as a de-aged Tyler emerges from the car.

The magic doesn’t stop there, though. As if to pay tribute to nearly 50 year journey that’s taken Steven Tyler on one of the wildest rides in rock and roll history, Kia released a second version of the commercial – only this time, we get to watch Tyler rocket from his wild and crazy early 20s to the seasoned rock legend he is today.

Be sure to watch both versions of the video and as always, don’t be shy – let us know which one you loved more!