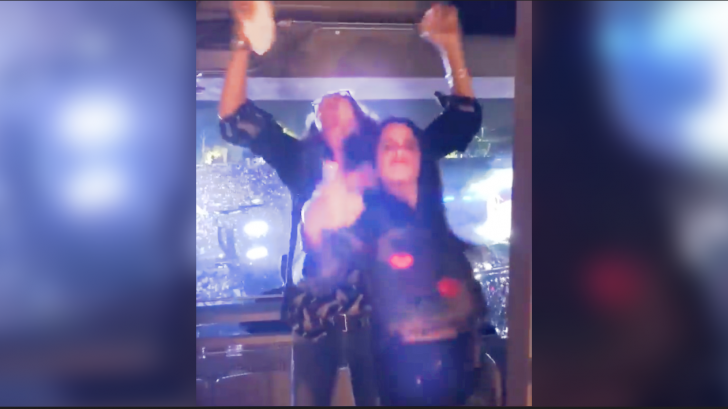 Steven Tyler and Daughters Rock Out

It’s official: Steven Tyler is the coolest dad ever!

The 70-year-old rocker attended Beyonce and Jay-Z’s On the Run II tour this weekend, partying in serious rockstar style with a suite overlooking the crowd and the stage at Los Angeles’ Rose Bowl.

Last night was beyond words. An evening of love and music and giving. Over TWO MILLION dollars raised for #janiesfund !!! So grateful to be a part of it all and to get to meet the AMAZING, brave, young women from Janie’s Fund and #YouthVillages ❤️❤️❤️ hair and makeup: @thebeautysensei

He brought along a small entourage that included girlfriend Aimee and daughters Mia, 39, and Chelsea, 29, and as the crowd below rocked out to some of the latest hits to come from Beyonce and Jay-Z’s most recent effort EVERYTHING IS LOVE, the Tyler family entourage was having a party of their own – and we’d be lying if we said we wouldn’t give anything to be there!

HOW I GET BAKED THESE DAYS?!?!…ON HOME MADE CHICKEN POT! THANKS 4 DINNER MIA MINE! I LOVE YOU!?♥️ @miatyler

The best part of the night came when someone filmed Steven dancing with daughter Chelsea while the rest of their group converged on the tables of food and drinks inside the suite. It’s all love, light, and fun times as Steven waves a towel around in between laughing and hugging Chelsea, singing along and just generally living his best rockstar life with one of his favorite people in the entire world.

The moment was caught on camera and shared to Instagram later:

Oh man. Looks like Steven had a great time this weekend. So glad that someone thought to capture this moment on camera, and even more grateful that Steven shared it with us all!