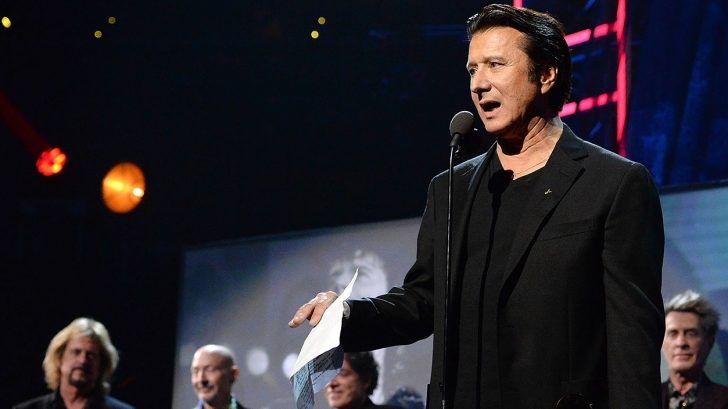 I think I can speak for most rock fans when I say that Steve Perry making his long awaited was easily one of the more awesome moments of 2018 thus far. We’ve waited and waited to hear him sing at least one more time, and our patience (or lack-thereof) was rewarded with a stellar new single titled “No Erasin'”.

Perry’s return, while awesome in every way, was completely out of left-field. No one REALLY saw it coming, and fans and critics alike wondered exactly what motivated him to make his return. However, during a recent interview on Q104.3, Perry gave a little insight to what helped him make his return to music. As it turns out, it’s based on a promise he made to his late girlfriend Kellie Nash. Here is what he had to say…

“She was fighting breast cancer when I met her for three years, and going through chemo, which was the only thing you could do back then. I couldn’t separate myself from her. I wanted to be wherever she was. I lost her. We were together for a year and a half, and that year and a half felt like five, because it was so intense together.”

“One night we were talking and she said, ‘Honey, I need to ask you a question. If something was to ever happen to me, make me a promise that you won’t go into isolation again. I think it would make this all for naught.’ And I thought, ‘All for naught? That is such a huge statement.’ I mean, she’s looking at the arc of her life, and then meeting together, and then maybe us not being together, and her going. This like a huge, huge moment, and I just said, ‘I promise.’”

If that doesn’t get you the least bit teary-eyed, I have no idea what will. It’s safe to assume that this moment will be reflected musically on Perry’s new upcoming album ‘Traces’.

You can watch his new song “No Erasin'” down below.