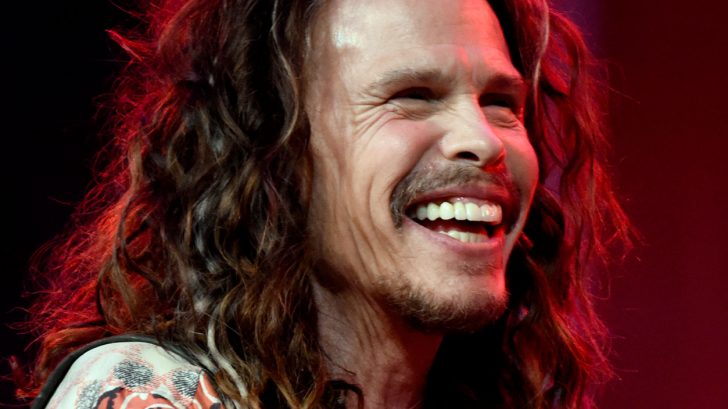 Aerosmith frontman Steven Tyler is having the greatest week ever after his star studded inaugural Janie’s Fund Gala proved to be an overwhelming success, raising over $2.4 million dollars for victims of sexual abuse. The event, which also served as a GRAMMY-viewing party and concert, was held at Hollywood’s RED Studios and drew in a veritable who’s who list of celebrities who turned out to support Tyler’s mission to support and give a voice to abused young girls across America.

Steven kept fans updated throughout the night via Facebook and Instagram and when news broke late yesterday afternoon that the Janie’s Fund Gala brought in over $2.4 million he rushed to social media to thank everyone, giving a response that can only be described as overwhelmingly grateful:

WHEN I STARTED Steven Tyler's Janie's Fund…I FELT LIKE IF WE COULD SAVE JUST ONE GIRL IT WOULD ALL BE WORTH IT. BUT THAT…

“When I started Steven Tyler’s Janie’s Fund…I felt like if we could save just one girl it would all be worth it. But that’s not what last night’s gala was about,” Tyler began. “We don’t want to help just a few girls beat the odds, but to radically change the odds for all girls. This is not something that we should hope for…but something we should demand!”

HERE WE ARE LIVE FROM THE INAUGURAL JANIE’S FUND GALA… DONATE BELOW OR TEXT YOUR DONATIONS TO 901-617-4673!! #JAMFORJANIE

Tyler first formed Janie’s Fund in 2015 in a mission to bring awareness to the abuse and neglect of children, particularly girls. Before the age of 18, 1 in 5 girls will suffer devastating sexual and/or physical abuse, leaving behind unimaginable psychological scars; that’s where Janie’s Fund and the recently opened Janie’s House for abused and troubled girls come in. For the 69-year-old rock legend, all the fame in the world could never compare to the joy he gets from watching this particular dream come to fruition, telling TMZ in December:

“It makes my heart explode. Yeah, it feels good to walk out and have people think, ‘There’s Steven Tyler from Aerosmith’ – it’s beautiful, it does feel good. But this helping these kids do something, get over something, try to work through something as I have in my life with my own addictions, to be able to do that? It’s just called passing it on.”

With the help of Janie’s Fund, Janie’s House, and the incredible $2.4 million raised Sunday night, millions of girls and young women across America will be able to receive the help, care, and financial support required to work through their traumas, and move forward with the tools required to move about the world as they were intended to: happy, healthy, and whole.